One is not born, but rather becomes, a woman.

When W. H. New took over as the editor of Canadian Literature in 1977, he set out on an ambitious project of respecting the work of previous editor George Woodcock while refocusing the journal on “the many connections between cultural and intellectual history: of the impact of ideas and social experience upon literature in Canada” (3). It was not a coincidence that New’s first edition of Canadian Literature dealt with Women and Literature (1977); by dedicating an entire issue to women and women’s writing, Canadian Literature was saying that it mattered, and that women were part of the intellectual and literary history of Canada. 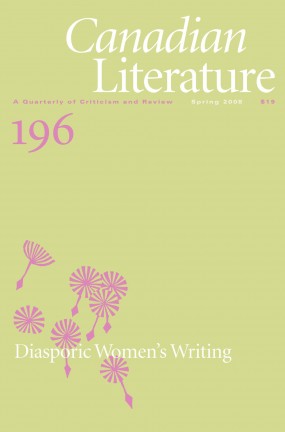 The story of the social impact of Canadian women on Canadian literature simply had not been told well up to that point. Oddly, the next special issue of Canadian Literature that addressed writing by women did not come out until 1993 (Female Subjects and Male Plots), and now the idea of discussing women’s writing, as a totality, seems dated. If anything, the movement in scholarly editing is to be more and more specific when it comes to addressing women’s writing; thus it is more common to have anthologies that address issues like Pillars of Lace: The Anthology of Italian-Canadian Women Writers (1999; see review), Voices in the Desert: The Anthology of Arabic-Canadian Women’s Writing (2002; see review), Lesbian Plays: Coming of Age in Canada (2006; see review), and No Margins: Writing Canadian Fiction in Lesbian (2006; see review). In 1977, New could dedicate a special issue to women in literature as if Canadian women’s writing was a single, unified field, but when Sneja Gunew guest edited a special issue of Canadian Literature in 2008, she focused on Diasporic Women’s Writing. Likewise, when Kevin McNeilly guest edited the special issue Women and Poetry in 2000, he focused specifically on women writing in the genre of poetry. In so doing, McNeilly ostensibly implied that more attention needed to be paid to women as poets within the Canadian literary establishment. 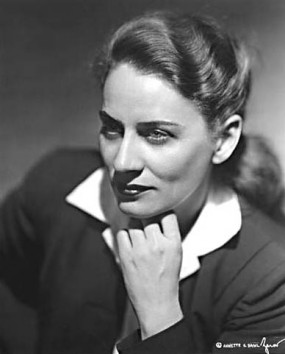 Drawing attention to books written by women is something Canadian Literature has done since its inception. The very first edition of Canadian Literature in 1959 featured an article by Hugo McPherson on the literary achievements of Gabrielle Roy, and Canadian Literature did special issues on Dorothy Livesay in 1971, P. K. Page in 1971, and Anna Murphy Jameson, Susanna Moodie, and Catharine Parr Traill in 1972. The scholarly discussions of books by and about women have shifted in Canada. Critics are taking up feminist concerns in a way that simply was not the case in the 1970s.

The trends towards more feminist scholarship in Canadian literature mirror the revolutionary trend towards feminist readings in English or subjects ranging from medieval literature, to Shakespeare studies, to postcolonial literature. As Gill Plain and Susan Sellers argue in their “Introduction” to A History of Feminist Literary Criticism:

[t]he impact of feminism on literary criticism over the past thirty-five years has been profound and wide-ranging. It has transformed the academic study of literary texts, fundamentally altering the canon of what is taught and setting a new agenda for analysis, as well as radically influencing the parallel processes of publishing, reviewing and literary reception. (1)

Yet, despite all of the gains women and feminism have made in the field of English studies, there is a pervasive feeling that the gains made in the 1980s and 1990s are under threat by a backlash against feminism. Indeed, the backlash to feminism and feminist literary criticism may be read as a response to how revolutionary feminist literary criticism has been to the academy. 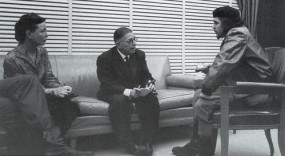 Feminist literary criticism has had an enduring impact on the way literature is studied by drawing critical attention to the role of sex and gender in texts by and about women. Academic feminist literary criticism originates from second-wave feminism and it has been influenced, diversified, and enhanced by third-wave thinkers. Much of this criticism followed from applying the insights of major second-wave theorists and feminist philosophers to literature. For example, in The Second Sex (1949), French second-wave feminist and existentialist theorist Simone de Beauvoir draws attention to the way that existence preceded essence, such that one is not born but rather becomes a woman through socialization. In The Feminine Mystique (1963), American second-wave feminist writer and activist Betty Friedan draws the reader’s attention to the “problem that has no name” (n. pag.): women in prosperous American cities, who were living the American dream of a detached house with children, were unfulfilled and unhappy with being suburban housewives but had no language to discuss their dissatisfaction and isolation. In Sexual Politics (1969), second-wave literary theorist Kate Millett draws the readers’ attention to the way that discussions of male sexuality in literature are frequently configured as stories of sexual conquest that end with the domination of women’s bodies.

Feminist literary criticism in Canada applies the insights of second and third-wave feminist thought to discussions of literature. Feminist critics try to uncover implicit gender bias in literature everything from discussions of language, to sexuality, to the depiction of women in the workplace. The lasting impact of feminist and gender criticism, however, may be how generative and flexible it is as a methodology. Feminist literary criticism is diverse, but one thing that unites most contemporary feminist is a resistance to gender essentialism. Gender essentialism assumes that gender roles are natural, that men should be men and women should be women, and that predetermined gender roles are essential to a given culture or time in history. The idea that one is not born a woman, or a man for that matter, implies that gender is something people become over time and under a good deal of psychological and social pressure. By drawing our attention to the role of gender and sexuality in Canadian literature and culture, our hope is to make gender seem strange.