What is Genre Theory?

As readers, we often think of genre in terms of writing styles: comedy, romance, mystery, drama, and tragedy. We are trained to recognize the conventions and hallmarks of these forms. Genre also includes broad categories like poetry, novels, and plays. After all, we rely on specific conventions and expectations in our responses to a text. A person screaming in a café is interpreted differently in a comedy than in a tragedy because of the context. These distinctions represent genres or forms of writing.

Current genre theory, however, delves deeper. It describes genre as a response to a specific and recurrent social situation. Recurring social/rhetorical situations give rise to genres and genre, thus, depends heavily on the intertextuality of discourse (Devitt 576). In the case of an academic article, for example, this intertextuality means that scholars are guided by, refer back to, and engage with previous work.

Carolyn Miller describes genre as a social construct and social action, providing the writer with a socially recognizable way to make his or her intentions known (157-58). Genre theory offers a way of thinking about how language depends on context.

Language scholars have examined the way social and political contexts shape knowledge. The quality of a statement depends on who is making the statement, and where the speaker is situated in relation to others in the society—peer to peer statements are obviously different from professor to student, for example. The context a writer finds herself in gives rise to the genres. In other words, the writer responds to the context in a socially recognizable way. 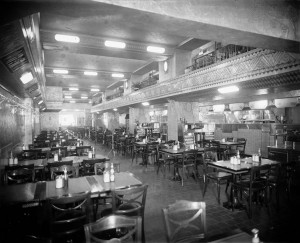 The Internet, as a context, has produced multiple writing genres: emails, blog entries, tweets, and Facebook updates. Just as we read different settings as we enter them—for example, parties, offices, classrooms, and restaurants each have different conventions and expectations—we read genres differently. An instruction manual evokes different expectations than a novel does. When reading an instruction manual, we may focus primarily on subheadings and tables of contents and flip around as we feel it necessary. However, we read novels more carefully, enjoying turns of phrase, character, and plot development as we move through the book from beginning to the end.

Likewise, an academic article requires an understanding of the context in which that genre is constructed as well as knowledge of the established conventions used to respond in that context. As readers of academic articles, we know that the author will summarize and cite previous scholarship because it is the convention; and we expect that scholars have read comprehensively. The reader knows the writer does this before presenting new knowledge. Thus readers engage carefully to see where the scholar agrees or disagrees with others and to see how that scholar introduces new knowledge or fresh insight to the conversation. The function (academic conversation) gives rise to the form (scholarly articles). The function and the form are intrinsically linked and always include summary, thesis, citation, and new knowledge.

Writers often mix genres or play with form in a genre as a way of doing something new or pushing boundaries. Even in academic writing, writers may address the reader as a friend, or they may strongly appeal to emotion. Sometimes these approaches are successful, other times not. It is important to be able to read different genres closely for their conventions in order to understand the meaning and form of a text.