The career of Toronto-based writer Isabella Valancy Crawford illustrates both the opportunities and the challenges of periodical publishing in early Canada, particularly as they were experienced by women writers. Although her one attempt at monograph publishing—a collection of poems entitled Old Spookses’ Pass, Malcolm’s Katie, and Other Poems (1884)—was a dismal commercial failure, Crawford was a prolific contributor of poetry and short stories to newspapers and magazines in Canada and the US. Her relationship with, for example, the Toronto newspaper the Telegram and Frank Leslie’s New York-based publications such as Frank Leslie’s Illustrated Newspaper were particularly important given her determination to make a living from her pen.

Unlike many of her male contemporaries, Crawford had no income outside of her writing; the periodical press allowed her crucial access to a ready audience, and offered the chance for some financial success. As Carole Gerson points out, women writers could at least hope to achieve a level of equity with their male counterparts that they could not achieve in other fields of work: 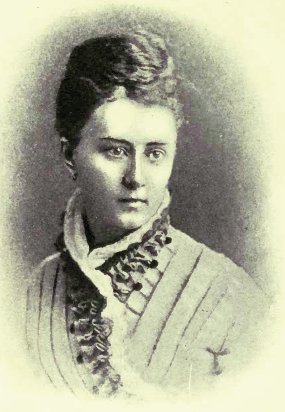 Rates for literary products were based on reputation rather than explicitly on gender. Even though women were implicitly excluded from the academic and political networks and honours that conferred a portion of an author’s literary capital, writing offered a fairer chance to achieve economic equality than teaching, where a woman was lucky to earn half the salary of a man. (84)

Evidence from her patterns of publication and from readers’ enthusiastic responses to her work suggest that while Crawford continued to struggle financially over the course of her career, she did achieve a remarkable level of popularity, especially in the city of Toronto.

Crawford wrote about a range of diverse subjects, but her work shows a deliberate interest in local topics and current events. For example, she wrote many poems about the Riel rebellions, a conflict which captured Torontonians in a very real way as they sent volunteers to fight on the government side. By focusing in her poetry on the women affected by the conflict (nurses, wives, mothers), Crawford avoided taking sides politically, while still contributing to the discussion and debate surrounding the biggest political issue of the day. Whatever her subject matter, she skillfully established herself as a writer who spoke to readers in the pages of their daily newspaper about the issues and concerns that mattered to them.

Whatever the opportunities periodical publishing offered Crawford and writers like her, it also posed challenges for authors as they navigated the difficult terrain of building their reputations while also writing for profit. Writing for The Telegram, for example, would have provided Crawford with a steady, if modest, income, but this particular newspaper had a reputation as a popular penny-paper at a time when “popular” was already becoming a pejorative term. In fact, Len Early and Michael Peterman identify in Crawford’s work what they describe as “two distinct facilities”: writing for mass-market consumption on one hand, and writing that shows her literary talent on the other (12). Crawford evidently felt self-conscious about how she fit into the literary community, and once complained in a letter to the editor of Arcturus, a new Canadian magazine, about being excluded from “first class Canadian literary journals” by the “High Priests of Canadian periodical literature” (qtd. in Early and Peterman 14). The experience of being excluded by the cultural elite plagued Crawford and other marginalized writers, and, indeed, questions of access and opportunity continue to be wrapped up with the values implicit in the publishing industry.

Like those of many other writers in nineteenth-century Canada, Crawford’s experiences with periodical publishing crystallize some of the questions researchers face when working with early texts. These questions relate to: