After being established first in the Atlantic region in the 1700s, by 1840 the periodical press was widespread across Canada. Although they shared many features of today’s magazines and newspapers, early periodicals were unique in that they offered readers substantial literary material, including poetry, short stories, serialized novels, and even comics. This was true not only of literary magazines whose purpose was directly entertainment and intellectual pursuit, but also of the daily newspaper, which became the chief source of reading material for most families, even when compared with the public library. Newspapers—and the literature within—became especially accessible in the latter half of the nineteenth century as prices dropped and the content was increasingly tailored to the working class. 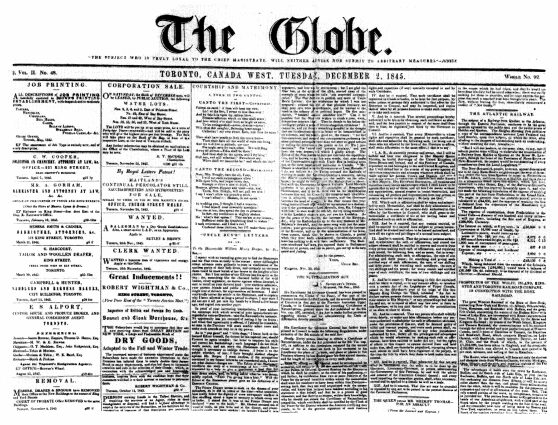 By the 1880s, a typical reader had access to several large city papers, dozens of smaller papers published and circulated by religious presses, student associations, and special interest groups, as well as any number of magazines, all of them playing an active role in promoting literature—and literacy—across the country. Importantly, while these newspapers and magazines borrowed much of their content from Europe and the US, they also worked to include local, original content, building both reading and writing communities that were unique to Canada.

And in fact, the importance of newspapers and magazines for readers in early Canada is mirrored in the significant role they played for writers. The periodical press was the primary publishing venue for creative writers in nineteenth-century Canada. Indeed, many canonical works that we typically study as books began as periodical publications. For example, the sketches for Susanna Moodie’s Roughing It in the Bush (1852) were first published in the Montreal-based Literary Garland and The Victoria Magazine, published out of Belleville. Given the prohibitive cost of monograph—or book—publishing, writers turned to the periodical press to help establish their reputations and build audiences, and to receive some remuneration as they did so. Books may have offered prestige, but periodical publishing more consistently offered pay (Gerson 69), and so writers wanting to make a living from their literary endeavours—especially writers marginalized in terms of power and privilege—turned to this form of publishing. 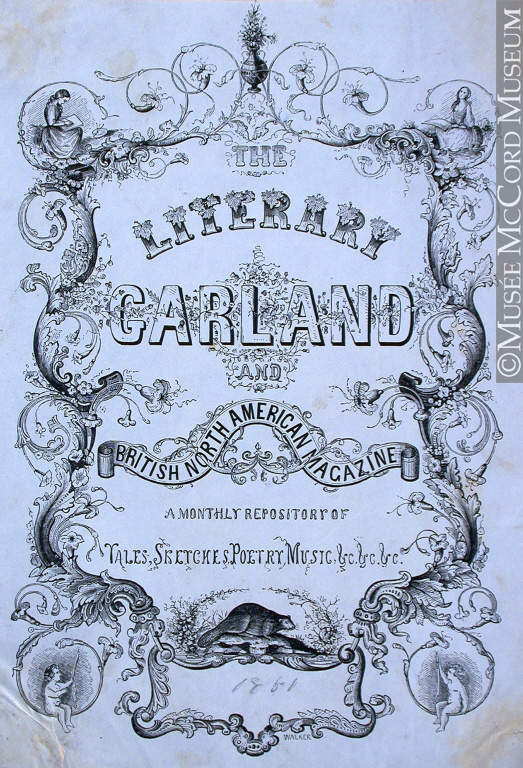 Like authorship itself, periodical publishing was a precarious business, and there are far more stories of failed publishing ventures than successful ones; however, a few publications stand out for their longevity and their lasting influence on Canadian culture. The Literary Garland, which ran from 1838 until 1851, and the Toronto newspaper The Globe, founded in 1844 (and still published today as The Globe and Mail), are two good examples. In the pages of these and other publications appeared the work of some of Canada’s most important nineteenth-century writers: Susanna Moodie, E. Pauline Johnson (Tekahionwake), Thomas Chandler Haliburton, Isabella Valancy Crawford, Rosanna Leprohon, John Richardson, Bliss Carman, Archibald Lampman, and many others. Literary historian Merrill Distad reminds us that “[a]t their best, [early Canadian periodicals] represented an earnest effort to promote Canadian writers and artists, provided a showcase for their work, and developed the cultural dimension of an emerging national identity” (299).