Activities and Resources on Literary Censorship and Controversy 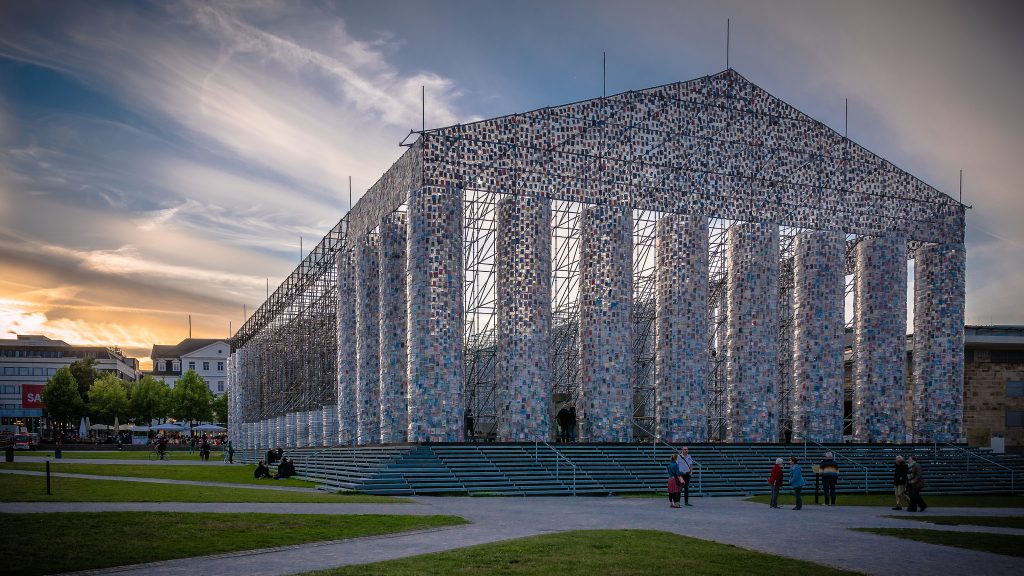 Argentinian artist Marta Minujín’s installation, “The Parthenon of Books,” is a replica of the temple of the Acropolis in Athens, assembled from as many as 100,000 books that have been banned in various countries across the world. Originally presented in 1983 after the fall of the military dictatorship in Argentina, it was installed in 2017 as part of the art exhibition documenta 14 on the Friedrichsplatz in Kassel, Germany, where in 1941, approximately two thousand books were burned by the Nazi regime. Three of Canadian author Margaret Laurence’s novels were included on the longlist of banned books for the Parthenon installation that is featured on the documenta website. Heinz Bunse 2017, CC BY-SA 2.0, via Flickr.