Poetic Visuality and Experimentation: A Brief Guide to English-Canadian Poetry 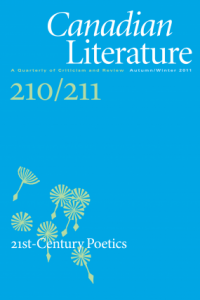 Poetic Visuality and Experimentation: A Brief Guide to English-Canadian Poetry, is part of the CanLit Guides project, which takes advantage of Canadian Literature’s online archives to introduce students to conversations surrounding Canadian literature.

A team at Canadian Literature curated and developed this guide to introduce students to the ideas and issues surrounding experimental poetry in Canada, in particular conceptual and visual poetry, while also introducing critical reading and writing skills.

Literature loves to throw curveballs. Contemporary writers in particular often challenge expectations and assumptions about literature by purposefully disrupting them. Wynne Francis, writing on the 1960s literary scene, observes that Canadian literature became polarized between a mass market/mainstream culture (figured as the centre, or as culture itself) and the radical fringe that expressed a counter-culture of extreme experimentalism. 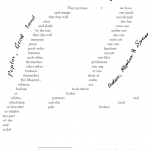 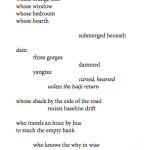 The following poems, previously published in Canadian Literature, use a variety of strategies to defamiliarize and reconceptualize their subject. These strategies include novel combinations of images, linguistic disruptions, and more.