Listening to Canada: The Weakerthans’ “One Great City!” 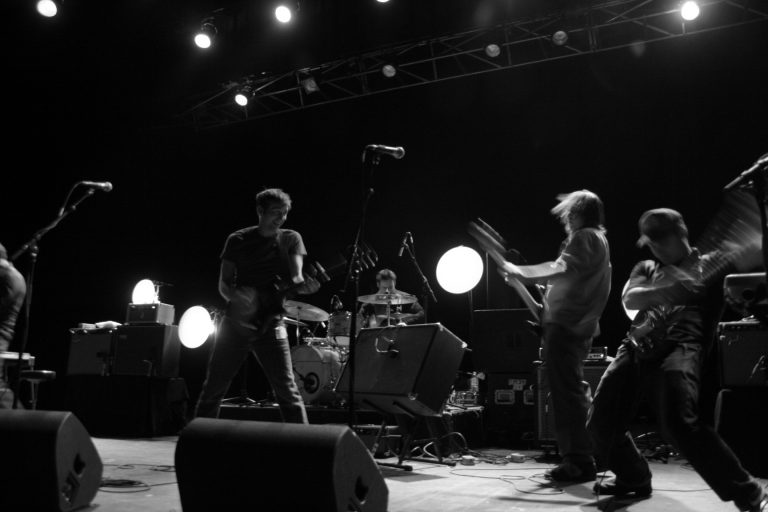 The Weakerthans performing live at the Burton Cummings Theatre in Winnipeg, 2007. Wikimedia Commons

True story: I was once at a concert in Vancouver, BC, where the whole crowd sang along (with great passion) to the lyric “I hate Winnipeg!” The band was The Weakerthans, a Winnipeg-based folk-punk group best known for their literary lyrics; the song is called “One Great City!” and, despite what a lot of people around me at the concert seemed to be feeling, it is a love song by lyricist and frontman John K. Samson to his prairie hometown.

Novelist Miriam Toews, a fellow Manitoban and close friend of Samson’s, has called Samson’s favourite lyrical subject, his hometown, “the coldest nowhere nothing mosquito-ridden barren bleak and desolate city in the world—the punchline of every joke about hellholes” (qtd. in Tough n. pag.). Samson, however, sees Winnipeg and his choice to remain living in and writing about the city quite differently than people who use it as a punchline:

There is a lot of potential in places that are removed from the centre of power. I have this feeling that that’s where a lot of interesting things are going to emerge—things that have the potential not to be sullied or defeated as soon as they’re created. They can be ignored for a while. (qtd. in Tough n. pag.)

Through his complicated relationship to his much-maligned hometown, Samson challenges the listener to rethink their own suppositions about place, power, and identity.

With the help of the CanLit Guides chapter on Close Reading Poetry, this chapter will first introduce students to techniques for analyzing song lyrics by assembling adjacent scholarship and using the tools of literary criticism, and then model a close reading of Samson’s “One Great City!” focusing on locality.

Questions to Keep in Mind While Reading/Listening