Feminist critics are decidedly interested in questions of the relationship between genre, sexuality, and desire. In Shannon Hengan’s article in Canadian Literature, “Towards a Feminist Comedy” (1995), she argues that Ann-Marie MacDonald’s play Goodnight Desdemona (Good Morning Juliet) can be read as a feminist comedy. The term “feminist comedy” in Hengan’s work is implicitly being contrasted with romantic comedy. Goodnight Desdemona is a feminist comedy insofar as it asks the audience to identify with, and have empathy for, a “white, middle-class Constance [who] is at least slightly marginalized (eccentric, probably brilliant)” (99). Empathy is a form of attention, and by creating an empathetic comic character that happens to be an educated women, Hengan is saying that MacDonald has undertaken a feminist project. For Hengan, laughter can be subversive, and comedy can lead to “real social or political change” because of “comedy’s power to transform audiences” (97). While MacDonald’s play has many elements of a romantic comedy, one of the things that Hengan finds so feminist about the play is that it subverts the idea that a good comedy ends with the girl finding the right man; in fact, “the female hero gains some power through her alliances with other women while audiences feel empathy for her and rejoice in her final hopefulness …” (107). 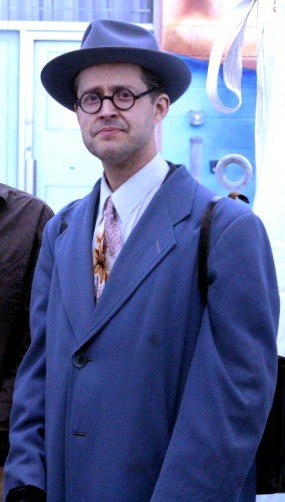 In her article “Questioning Comics” (2009) for Canadian Literature, Katie Mullins addresses Canadian graphic novelist Seth’s It’s a Good Life, If You Don’t Weaken (1996), arguing that the text challenges the representations of women in comic books. Comics have a history of representing women poorly. The representation of women in comics can be sexist and male focused, frequently using women as plot devices and depicting them as sexualized objects. Seth’s graphic novel, according to Mullins, is firmly within “the conventionally male comic tradition, with a narrative that revolves around the physical and psychological journey of the male protagonist” (11), but female characters in It’s a Good Life challenge gender roles for women “in a way that recalls attempts in comics history, particularly in the feminist movement starting in the sixties, to engage with political and social issues” (12). Mullins’ point is not that Seth’s graphic novel is feminist, but that “[t]he self-reflexivity of It’s a Good Life … problematizes a straight-forward reading of the book as inherently sexist or narrow-minded” (13). Mullins work both draws attention to the role of gender in the novel and produces new knowledge that the scholarly community would not have had about It’s a Good Life if not for Mullins’ feminist approach to the graphic novel.