Why Do We Still Need Feminism?

For many students in university today, the need to draw attention to questions of gender and women’s issues can seem antiquated. Frequently, when students come to a discussion of gender and women in literature, they refer to feminism as something that happened in the past, as something that raised the status of women, and as something that is no longer needed because men and women are relatively equal in the Industrial West. Women, some will argue, can vote, they can chose to marry whomever they want, and they are legally allowed to do anything that men are allowed to do. If one were to take this kind of postfeminist position, the idea of writing an edition of a journal with the expressed intent of bringing attention to women’s writing would seem dated, if not quixotic. For conservative feminists, the idea that women have gained relative equality can lead to the position that feminism is over, and that if they should know about feminism, it is only insofar as doing so will help them understand the way that things once were for women. 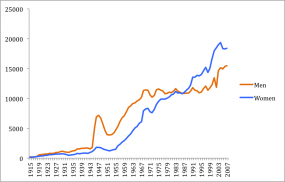 The University of British Columbia enrolment by gender, 1915-2008. Graph by Canadian Literature 2013: data from UBC Archives

The case that women in Canada today have it better than their mothers did is strong—at least on the surface—but it is a case that begins to fall apart under inspection. Consider, for example, the rise of women in post-secondary education in Canada. According to Statistics Canada, about 61 per cent of all university graduates since 2007 are female and that number is rising. Women, moreover, account for a robust and rising 47 per cent of all doctoral students in Canada. These increased educational levels for young women, however, is not necessarily translating to women getting an equal number of tenure track positions in major research universities. According to Statistics Canada, women only account for about 33 per cent of all full-time teaching staff with doctorates in a university setting. The university, however, is just one instance of what feminist scholars call institutionalized sexism. 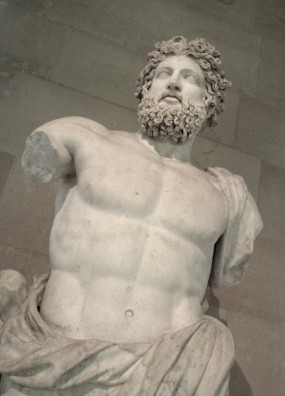 Some will object that discussing gender and justice in terms of women’s status and relative inequality is dated. There is a robust group of sensationalist authors who are concerned with the supposed end of men. For Hanna Rosin in The End of Men (2013), patriarchy “is eroding—or reversing” (11) and women are better adapted to succeed in an information economy than men are. Paul Nathanson and Katherine K. Young argue in Spreading Misandry (2001) that “[l]ike misogyny, misandry can be found in almost every genre of popular culture” (9), but that “[m]isandry in popular culture … remains a dark secret” (6) that makes it difficult “to think about men as people” (1). Misandry is the hatred or mistrust of men, and misogyny is the hatred or mistrust of women. For Warren Farrell in The Myth of Male Power (1993), the ideas of male power and duty become “code words for … male disposability” (66). Critics who address the decline of masculinity are frequently critical of feminism for what they see as a fixation on how sex and gender impact women while excluding or belittling the impact of gender expectations on men. Such criticism is not new. As early as 1968 French intellectuals were marching on International Women’s Day with placards reading “down with feminism” (Phoca, Wright, and Appignanesi 4).

These critics are engaged in a collective lament for the perceived loss of male privilege, a loss that they argue is leading men to feel lost, unwanted, and disposable within Western culture. Male power has never, however, been evenly distributed between all men, of all classes, and of all races within North America. Many of the laments of the decline and fall of men are nothing more than thinly veiled laments over the economic and social decline of middle and upper middle class white men. To this point, no study has shown that men in the upper one per cent of income in the West are undergoing any kind of substantive or long-term decline, and it is still uncommon to find women acting as the CEO of leading multinational corporations. In this way, while the issues facing men are serious and systemic, this does not imply that all male privilege is declining. What it does mean is that power is unevenly distributed between men, and that many groups of men who had a tentative hold on power in the 1960s and 1970s are feeling that power slip from them.

These inequalities demonstrate that feminist work is still important.