Creative responses to literary works offer an opportunity to engage with the original in ways that shift our perspective from that of the critic to that of the artist, promoting alternative ways of thinking through that work.

Interacting with other works in a creative response makes the result into an intertextual text. This type of textual engagement can consist of subtle allusions or interact more obviously through borrowed content; since scholarly articles quote many other texts, they are also intertextual documents.

Intertextuality offers a way of tracing overt creative influences, but more importantly, for creators it is a strategy for affirming, adding, amending, or condemning the content of other works. Thus, the construction of one text out of others offers a creative, critical, and even political engagement with these source texts. 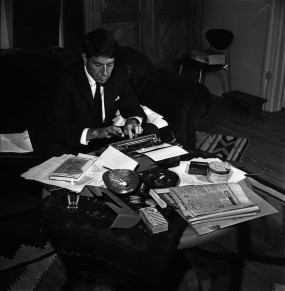 Choose a poem or another piece of writing from this guide, CanLit Poets, or elsewhere in Canadian Literature, and write a creative response to it. This response can come in any literary or artistic form, but must relate to the original text in a meaningful way. Consider writing an alternate perspective on the same topic, adding further content to emphasize other connections, remediating it (i.e., changing its form, for example, into an artwork, comic, or video), or cutting and pasting it into other contexts. Come up with another revisionist approach if you like.

With this creative response in hand, now write a short, critical reflection that addresses the following: