Consider the photographs in the Private/Public Lives series in the Library and Archives Canada War Records—Manufacturing collection with the following discussion prompts: 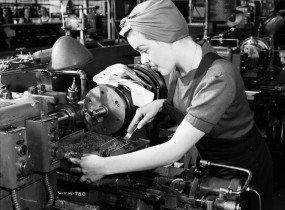