On the Idea of Criticism 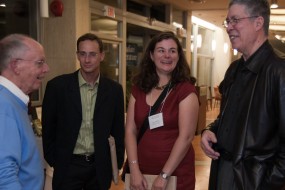 One sense of criticism implies pointing out only what is bad about someone or something. Literary criticism, however, requires active engagement with works to explore their possible meanings.

This can involve pointing out flaws and weaknesses too, but that is not the main focus of literary criticism. For the critic, criticism carefully pairs attention to details with elaboration of what these details suggest or imply.

Critics also work together to explore texts and issues. This shared process can happen directly in collaborative writings, or in discussions at conferences or in classrooms.

More commonly, critics work together by citing and building from each other’s discussions in articles, and through other critical responses like reviews, opinion pieces, and editorials. These textual expressions of critical interaction can be seen in every issue of Canadian Literature.

Thus, criticism is both an individual and social response to literary works.