Scholarship on Douglas Coupland and Generation A

Critics describe Douglas Coupland as a prescient culture watcher, or as Joseph Salvatore in the New York Times puts it, a “zeitgeist chronicler” (n. pag.), who illuminates for the rest of us the trends and anxieties of our own cultural moment. In this particular novel, Coupland engages current cultural conversations on digital technology, identity, and community, conversations that consider, for example, the impact of digital participation on our understanding of “self” (Young) and the consequences of digitally-mediated social interaction (Turkle). 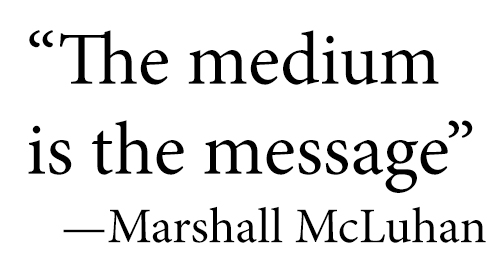 Coupland’s cultural chronicling reveals his investment in the work of Canadian media scholar Marshall McLuhan, and his 2010 biography of McLuhan highlights many of the same themes explored in Generation A. Both texts consider the twenty-first-century implications of McLuhan’s concern with medium over content. McLuhan argued that the communication technology dominant in a culture will shape meaning and create “a new pattern . . . of human perception,” influencing how we use our brains and how we structure social life (qtd. in Walker n. pag.). His well-known phrase “the medium is the message” was, at least in part, a way of explaining that the significance of our communication is not in the content, but in how the medium we use shapes how we view the world and each other.

Coupland draws McLuhan’s concept into a twenty-first century dominated by new media, and is concerned with the implications of the digital technologies on “our inner lives.” (Why McLuhan’s” n. pag.). He suggests, in a 2011 article on the contemporary relevance of McLuhan, that “certain forms of storytelling aren’t working for us as they once did,” and warns us to “look at what these media are doing to our souls” (“Why McLuhan’s” n. pag.). Generation A can be read as a literary exploration of these concerns.

Generation A and Storytelling

Literary analyses are often interested in ways literary form engages with the thematic content of a work. Thematically, Generation A asserts a “faith in storytelling” (Yeo 124); it offers the creation of narrative as a way to overcome the isolation and disconnection of digital culture. This assertion invites the literary critic to pay attention to the novel’s own form or acts of storytelling.

Debate exists over how successful the novel is in establishing the power of storytelling. And this debate highlights a difference between critical attention to content and critical attention to process. Reilly Yeo argues that Coupland’s novel places value on stories as antidote to cultural disconnection and loneliness, but ultimately argues that it fails to deliver this antidote. For Yeo, the stories Coupland’s characters tell each other are “too fragmented,” and “too heavily reliant on irony and self-reference,” lacking the “earnestness” (124) that would be needed to narrate a new sense of community. 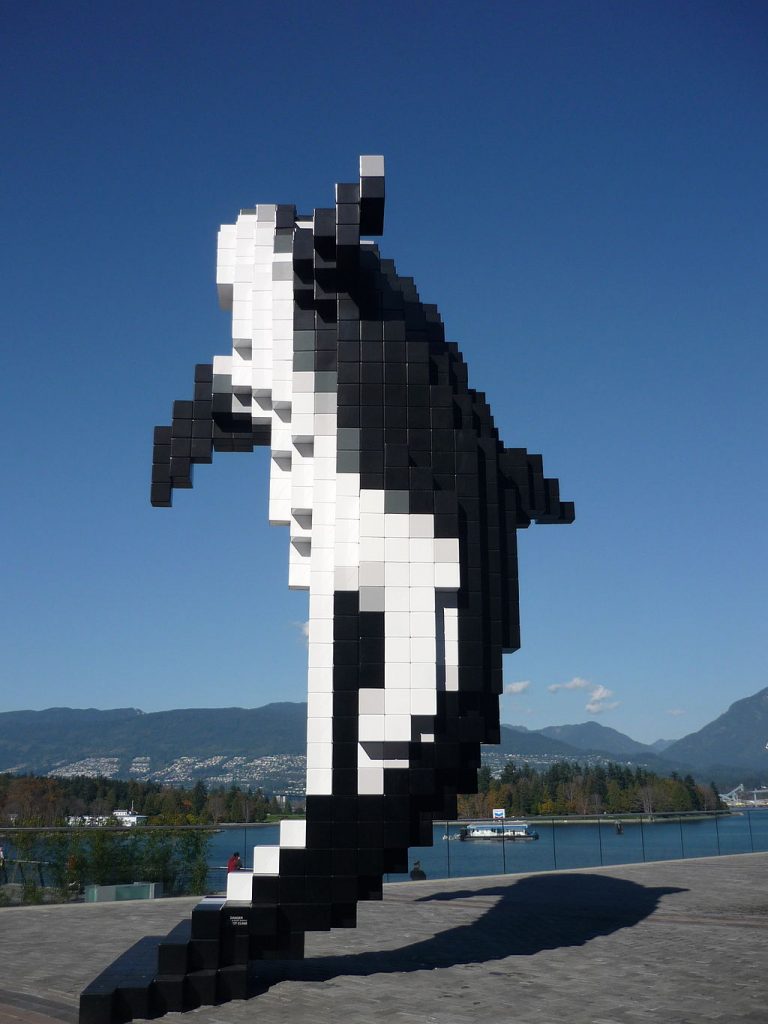 Digital Orca (2009) is a public art piece by Douglas Coupland, located in Vancouver, BC. Guilhem Vellut, CC BY 2.0, via Flickr.

In contrast, Jenny Kerber argues that the very fragmented, repetitive, and self-referential nature of the stories enable a reading experience that creates the shared consciousness valued thematically in the novel. Notice the difference in critical emphasis here: while Yeo evaluates the content of the stories themselves, Kerber places significance in the experience of making and reading the stories.

Storytelling in the novel is as much a process of “recycling and recombin[ing]” stories as it is an act of individual creation. And so the reader develops, along with the characters, an understanding of narrative as both “pattern and particularity” (35), which, Kerber argues, enables taking shared responsibility for global issues such as ecological disaster. The faith in storytelling as antidote to isolation and disconnection rests here, for Kerber, in the act of experiencing and reshaping narrative patterns that provide the evidence of shared effort or community.

[B]y formally interweaving different characters’ stories to create a shared consciousness, Coupland explores some of the effects that the age of social media and “big data” are having on how we construct and share stories of ecological change. (321)

As a scholar, part of your role is to assess and expand on arguments made by others. In your reading of the novel, can you find evidence that either lends support to or complicates Kerber’s idea?