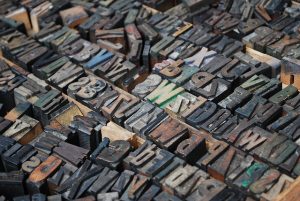 “Producing and Evaluating Canadian Texts” is a guide about the many ways texts are produced and evaluated in Canada. We cover some of the ways in which the study of literature is expanding by looking at the publishing process, literary prizes and awards, literary celebrity, paratexts, mass reading events, cultural nationalism and more. Featuring chapters on Paratexts and Literary Value, CBC’s Canada Reads, and Graphic Novels, this guide takes an expanded, big-picture look at the world of publishing and publicizing texts in Canada. 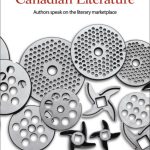 Studies of literary prizes (Roberts), the economics of literature (English), and the hidden labour of reading for pleasure (Shukin) are expanding the fields of literary studies. These scholars are among many academics that are rethinking the study of literature in a media-driven age. 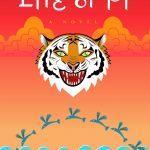 The Author’s Note is part of the paratext of Yann Martel’s Life of Pi that helps the text establish its cultural value. The Author’s Note is written in first person, and the title of the piece—“Author’s Note”—implies the speaker is Yann Martel, the author whose name is on the cover of the physical book. The speaker even gives a history of how he came to write “[t]his book” (v) by explaining his previous literary failures, some of which evoke Martel’s own earlier underwhelming literary efforts. Yet as the preface unfolds, the speaker says he met with “Mr. Patel,” the “main character” (x) of the novel Life of Pi. Suddenly, the truth of the Author’s Note is thrown into question—is the preface fact or fiction? 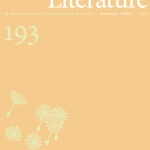 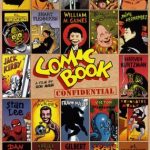 Comics include a range of forms and genres, including the popular graphic novel, and go by a variety of names like cartoons, comix, the funnies, graphica, graphic literature, sequential art, and visual literature. Comics has remained the most popularly accepted general term, with the recognition that comics aren’t always funny.