The processes involved in publishing a manuscript are complicated, and acts of evaluation occur throughout the development of a book. The genre and mode of a text can help determine an author’s options for publication. For example, poets who are writing sound or concrete poetry might find their options for publication limited, but they may find a publisher who produces chapbooks—small, inexpensive, hand-bound books. In contemporary Canada, novels are usually the most marketable form of imaginative literature, so novelists can aim to publish with established small presses or larger publishing houses.

In Canada, large publishing houses have acquisition editors whose job it is to seek out potential manuscripts and encourage authors who have already published with them to produce other successful manuscripts. Some of this work is done by literary agents, who take on authors who have some promise, usually demonstrated by their success at publishing in magazines or with small presses. Agents promote manuscripts to publishers. Large publishers rarely publish manuscripts they have not solicited, which typically are placed in what is called the slush pile where they may—or may not—be read. Most successful authors work their way up by publishing in small magazines or with small presses first. Sometimes they found magazines and presses to publish their own work and that of their friends.

Not all manuscripts are accepted for publication, even by established authors, and publishers have initially rejected award-winning texts. For example, Lorraine York recounts how Esi Edugyan’s literary agent, Anne McDermid, shopped the manuscript for Edugyan’s second novel, Half-Blood Blues, to multiple publishers before it was finally accepted for publication in Canada in 2010 (“How a Girl” 21). The rejections were hard on Edugyan, and she almost gave up her writing career. Eventually, as York explains, a small British press, Serpent’s Tail, picked up the manuscript and signed a distribution agreement with Key Porter Books. In 2010–11, however, Key Porter Books went out of business and was thus unable to keep its commitment to Edugyan. Fortunately, the Canadian distributer Thomas Allen picked up the book, and later in 2011 Half-Blood Blues won the Scotiabank Giller Prize (21–22). Edugyan’s story illustrates how volatile the publishing industry can be. If a text that enjoyed as much success as Half-Blood Blues struggled to find a publisher, it is possible that other potentially successful and valuable texts have slipped through the cracks. 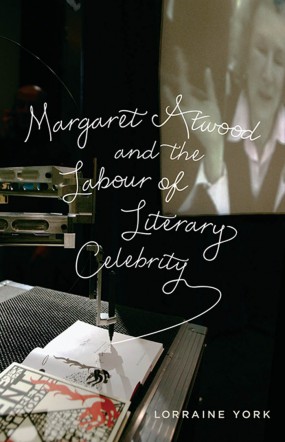 Many authors in Canada rely on literary agents to help connect them to a publisher—in much the same way major athletes use agents to manage their relationship with their team. Literary agents emerged in the 1880s in Britain (Gillies 12), and according to John B. Thomson, modern literary agents came to prominence in the 1960s and 1970s as book chains began to emerge, and the book-publishing world began to expand as more people became active readers and book-buyers (61). Around the same time, Thomson notes, movie rights became more important to publishing, and there was a greater need for authors to control the rights to their texts (61). In Margaret Atwood and the Labour of Literary Celebrity (2013), Lorraine York dedicates an entire chapter to Atwood’s relationship with her literary agent, Phoebe Larmore, which underscores the important role of agents in publishing processes (see 32–67). York notes that literary agents can be misunderstood and, based largely on her analysis of the Atwood-Larmore dynamic, argues that “[r]ather than seeing the agent as the iron fist of commodity capitalism striking at the innocent sacrificial lamb of art,” we should perceive the job of the agent as protecting the time, privacy, and interests of the writer “while levelheadedly acknowledging that [they] participate in a business within a larger commodity culture” (38). What we see here, then, is a reciprocal relationship, whereby the production of literature is enabled by literary agents who, in turn, help to present manuscripts to the publisher and the public in ways that enable the texts to be positively evaluated.

Editing is part of what Rachel Malik calls the processes, practices, and relations of publication, which form what she calls the “horizons of the publishable” (707). The horizons of the publishable, for Malik, “govern[] what is writable and what is readable. There is no field of publishing … or reading practice that is exempt from this” (709). One way of understanding editors, in their many roles, is that they take manuscripts written by one or more composers and they try to bring those texts within the horizon of the publishable. In this view, the role of the editor as something more than an intermediary force between writer and reader (710).

What kind of work does an editor do? What does it mean to edit a text? Is it a matter of simply correcting typos, or do editors develop the writer’s images, characters, and plots so that the manuscript is most likely to sell in its intended marketplace? The difficulty of discussing editing in publishing is that so much of the work by editors is hidden from the public and there are so many different kinds of editors. Acquisition editors, development editors, managing editors, and copy editors, for example, all perform different roles, and each publishing house may define these roles differently based on the size and needs of the house and the skill set of their staff.

The word editor in the public mind often suggests someone who corrects grammar, spelling and punctuation, but there are many kinds of editors. Some editors work freelance, and others work in house at a publishing company. Managing editors run the business side of publication. At large publishers, development editors can give writers concerted mentorship and hands-on help with the shape and construction of a book. Copy editors work closer to the text, ensuring facts are correct, sentences flow, and coherence and consistency are enhanced. 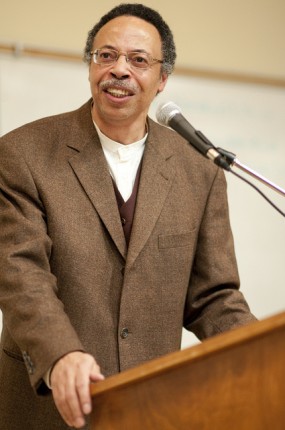 For example, George Elliott Clarke discusses working with an editor on his first novel, George and Rue. He remembers his editor at HarperCollins, Iris Tupholme, as nurturing, supportive, critical, and insightful: she made him completely rewrite the first draft of the novel (176). Clark initially wrote his manuscript as a first-person novel, which created problems in terms of the characters; Tupholme suggested writing the novel in the third person, and when he revised it, Clarke reports that the story “just sang out” (177). What Clarke’s story points to is the malleability of textual production. Stories can change dramatically in the editing and publication process. The example of Clarke and Tumholme’s working process—like the earlier example of Atwood and her agent Larmore—underscores how many people participate in the production of a single text. Rather than seeing value as produced by the author alone, an idea popular in earlier depictions of authors as solitary geniuses, then, contemporary editors and publishers add value to manuscripts.