The Economics of Canada Reads 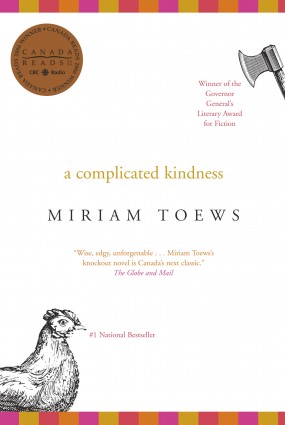 Due to its national reach and popularity, Canada Reads ends up having considerable influence on the book-buying and reading habits of Canadians. When introducing the twelfth season of Canada Reads, for example, host Jian Ghomeshi said the show produces lots of uncertainty and controversy, but that the only sure thing is that “it produces best sellers.” According to Pamela Millar from BookNet Canada, in 2011 the post-winner announced sales for a Canada Reads winner is four times higher than the pre-winning numbers, and for the winning title during the weeks immediately after the sales were almost eight times higher than in earlier weeks.

Canada Reads is not alone in having an impact on the literary market. Other mass reading events and literary prizes often influence book sales literary and reputations, with both winners and shortlisted books experiencing massive sales bumps (Fuller and Rehberg Sedo, “Reading Spectacle” 27). While Canada Reads does not have the same economic impact as Oprah’s Book Club, or the same level of prestige as the Giller or the Governor General’s Award, it is still a driver of book sales. As Gillian Roberts argues,

The contest’s popularization, through its celebrity judges, media format, and the on-line discussions that accompany the selection process, suggests that Canada Reads confers much less symbolic value upon its winning texts and their authors than it might economic value. (39)

Buying all five of the books shortlisted for the 2014 edition of Canada Reads would cost about $75.00 at Chapters, after discounts. According to BookNet, it would cost $112.89 to buy all of the titles at full retail value. It may seem odd to speak of books in terms of price, especially when scholars of literature strongly resist discussing the value of books in purely economic terms. Yet, book pricing is part of the valuing of books, and books are commodities to be bought and owned just as much as they are containers of stories to be consumed. 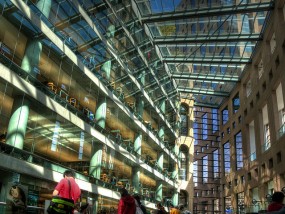 The Vancouver Public Library is one of many libraries in Canada that make it possible for community members to access the Canada Reads books. By Evan Leeson,

In Reading Beyond the Book, Danielle Fuller and DeNel Rehberg Sedo argue that both critics and supporters of mass reading events (MREs) like Canada Reads make comments that show “the persistence of the idea that books are a ‘special’ kind of commodity (unlike Chicken McNuggets), and the assumption that reading them is good for you” (7). Further, for Fuller and Rehberg Sedo, there is a “compelling history of book reading as a form of class mobility and of liberation from gender and race oppression for individuals and for groups: those histories … underpin dominant cultural norms about the value of [buying books]” (9). That said, readers do not need to buy books in order to read them, since libraries across Canada order more copies of the shortlisted books and some early books that are out of copyright can be read online. Indeed, while the sales of the individual titles go up, it is not clear that more money goes into the book-buying economy when there is a MRE. Rather, it is possible that readers who already had the time and disposable income to buy books simply made different consumer choices than they would have if the MRE did not drive their economic decisions. Thus, a specific publisher and their author may benefit, but overall it is hard to say how much impact an MRE has on readership.