The History of CBC and the Nation

That Canada Reads is a creation of the CBC, the national public broadcaster, is paramount to understanding the impact of the show. From its inception, the CBC has had a mandate to foster a national culture, and frequently the popularization of Canadian literature is seen as an essential part of building national culture. In 1929, the Royal Commission on Radio Broadcasting (commonly known as the Aird Commission) recommended that the government fund a national public radio broadcaster, leading to the formation of the CBC. The creation of the CBC helped develop a sense of Canadian cultural nationalism by connecting people across the nation, reinforcing a sense of Canada as an imagined community.

The phrase “imagined community” comes from Benedict Anderson and refers to the imaginary bonds forged between people who share in the simultaneous creation and consumption of culture, among other things. As Fuller and DeNel Rehberg Sedo summarize in their article “A Reading Spectacle for the Nation,”

For Anderson, popular cultural forms such as newspapers and the radio enable the nation to be ‘imagined … in the minds of each [member]’ as an ‘image of communion’ and shared beliefs, a community that, regardless of actual inequalities, is always ‘conceived as a deep, horizontal comradeship.’ (6–7)

Fuller and Rehberg Sedo further point out that the CBC evoked the notion of an imagined Canadian community in their marketing of Canada Reads: “In an explicit articulation of the nation-forging role of radio, the producers [of Canada Reads] cite the CBC’s long-standing mandate ‘to [develop] radio programming that enlightens, reflects and connects Canadians’” (17). By promoting a national communal reading experience, Canada Reads tries to construct an idea of citizenship based on shared reading practices. The 2014 theme of Canada Reads is “One novel to change our nation.” The slogan implicitly imagines the CBC at the centre of the nation, and that the broadcaster is capable of changing the way that Canadians imagine themselves. The 2014 winner, Joseph Boyden’s The Orenda, asks readers to rethink colonial Canadian history and the role of Indigenous peoples within it. 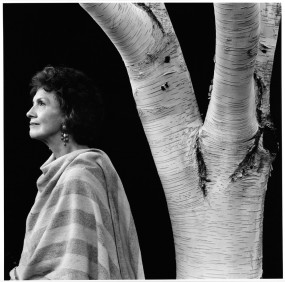 True to its mandate to foster national culture, CBC has a long history of promoting Canadian literature through book programming on the radio. From 1948 to 1985, broadcaster Robert Weaver helped establish CBC’s role as an incubator of Canadian writing. As Robert Thacker notes, Weaver used his time at the CBC to encourage and support “scores of writers to develop the [short story] form in Canada” (177). He also supported many poets and dramatists. Weaver founded the Tamarack Review and edited an array of short story anthologies for Oxford University Press, but he is best known for his short story-centred CBC Radio program Anthology. One of the beneficiaries of the CBC’s support was Alice Munro, who sold her first short story—“The Strangers”—to Weaver in May 1951. So strong was their connection that Munro dedicated her 1982 short story collection The Moons of Jupiter to Weaver. As Fuller and Rehberg Sedo note of CBC programs such as Anthology, “[n]ew Canadian writing was introduced to a nationwide audience at a time when mass-market paperback publishing was in its infancy and Canadian literature rarely featured on high school or university curricula. … the CBC helped to create a nationwide audience for Canadian writing during a crucial period of its development” (17–18). In this sense, Canada Reads is one in a long line of CBC programs focused on the promotion of Canadian writing.

However, as Fuller and Rehberg Sedo note, book programming on the CBC, especially with Canada Reads, has taken a turn away from Weaver’s model of showcasing emerging writers and towards a celebratory embrace of “‘blockbuster culture’” (18). In other words, the CBC is using its cultural authority to promote some books that are already bestsellers instead of focusing on nurturing and publishing new Canadian writers. Currently, there are no programs on CBC Radio One dedicated to new writing, and the two book programs it does air—Writers and Company and The Next Chapter—tend to focus on big names and well-known books and writers.