To textualize an oral narrative is to write it down, or to put it into a medium like tape or film that permits its exact reproduction. This process may also include translation. Although it permits hearing and seeing the storyteller, even film loses an immense amount of context. All textualization permits others to turn the narrative to purposes the originators did not necessarily expect or intend. For example, storytellers pitch their stories to particular audiences, sometimes even to particular people, building on what the listeners already know, and never tell the story exactly the same way twice. Some stories are told only to particular audiences at particular times or places. Some stories belong to specific people or families or nations and can only be told with permission. Collectors were often anthropologists interested in cultural or linguistic data, or amateurs who often turned serious stories into works for young readers. Rarely did either group respect the stories for their spiritual or literary qualities.

Textualizing stories can fossilize them, whereas storytellers continue to use oral stories in new contexts to perform new functions; for example, Anishinaabe leader Little Pine (Shingwaukonse) “us[ed] legends about the powerful spirits guarding the mine [he took over in 1849] in order to give the Native resistance movement special symbolic appeal” (Chute 244). Modern storytellers work in full awareness of these difficulties, often explicitly turning to English to tell their stories, for example, so that they will be read and understood in the future.

To hear a story directly from an Elder is a great privilege. While once pervasive, Indigenous oral storytelling by a living person—orature—is now commonly only experienced in textualized form, usually as printed text, and sometimes as a text in translation. For example, Harry Robinson’s influential storytelling compiled in Write It on Your Heart (1989) is in English, but his English is strongly marked by his first language, N’silxchn, spoken by the Okanagan people. Robinson’s storytelling, therefore, adjusted to the new language and to those he wished to communicate with. His gifted storytelling, despite these challenges, made him very influential for emerging Indigenous storytellers and writers. For more on Robinson’s influence, see Thomas King’s reflections in his interviews with Peter Gzowski and Jordan Wilson (72). 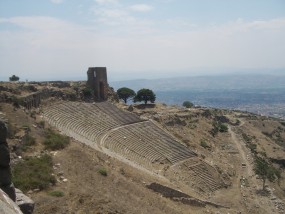 Transcriptions and print omit gestures, tone of voice, loudness, and other performative features. Print textualization strips orature of its intonation and context, something that is also true of familiar works like those of Homer, which are meant to be sung in Greek, or Shakespeare’s plays, which are meant to be watched in a theatre.

These erosions of expression can act as colonizing practices, and explain why recent scholars have tried to find terms that reflect the idea that oral stories are not inferior to literature, and to indicate that moving them to another medium by writing them down (or filming them, taping them, etc.) fundamentally changes them. Susan Gingell describes orature in print, audio, or video form as “textualized orature” (286) for this reason.

While generations of scholars and critics have contextualized the works of Homer and Shakespeare, there has not as yet been as much scholarly work contextualizing textualized orature. Reading or listening to textualized orature requires some effort to ensure that it is not taken further out of context, in the same way that reading Homer and Shakespeare in context takes a good deal of effort. To analyze such works as if they come from mainstream culture simply continues the process of colonization, since readers can blithely appropriate the content rather than attending to and respecting the different motivations and contexts that inform their telling and reception.

Lenore Keeshig-Tobias’ “Stop Stealing Native Stories” in 1990 has made scholars aware of the ethical issues implicit in publishing textualized orature. Worries about appropriation, however, need to be balanced with the realization that many storytellers (Keeshig-Tobias included) want their published stories to reach a mainstream as well as an Indigenous audience. However, like all authors, Indigenous storytellers want to be included in the process of transmission while retaining control over the presentation of their stories.

Sophie McCall’s book, First Person Plural: Aboriginal Storytelling and the Ethics of Collaborative Authorship offers a helpful summation of the complexity of the relationships between storytellers, writers, and publishers that make the Indigenous teller seem colonized and powerless. Collector-editors, she notes “[h]istorically have submitted the oral performance to numerous changes, omissions, and manipulations, while claiming sole authorship on the title page” (2). However, because readers want the real words of the Indigenous storyteller, the collector-editor would often “efface their intervention, stating in the preface that the story is in the narrator’s ‘own voice’” (2).

McCall presents a nuanced, detailed account of how stories arise out of a relationship of “authorship and collaboration” (2)—where both parties are interested in getting stories to the reading or listening public. Thus, for McCall there are “degrees of authorship and degrees of collaboration between storytellers, recorders, translators, editors, and authors” (2). To engage respectful, as critics, with textualized orature, it is important to attend, as McCall does, to how textualization is impacted by personal, social, cultural, and institutional dynamics.