It is tempting to read queer theory as a synonym for Gay and Lesbian theory, and as a movement that fits seamlessly with third-wave feminism, but doing so is misleading. Queer theory is a poststructuralist theory of gender. Its fundamental aim is to destabilize gender norms, including the idea that there is a clear and definable category of “gay” or “lesbian” identity. As literary theorist Mark Fortier puts it in his introduction to critical theory, “Queer theory … ultimately points towards a sexuality open to varied and shifting practices and identities” (83). As Fortier further notes, queer theory “explores the construction of sexuality in history—both heterosexuality and homosexuality come into particular being only in certain historical situations” (83). Thus, rather than discussing what homosexuality or heterosexuality is, queer theorists are more interested in how the categories of homosexuality and heterosexuality are created and policed in culturally and historically specific situations.

To understand queer theory, it is helpful to begin by thinking about the term queer itself and the way that it asks us to reconsider the naturalness of sexual desire. According to Lois Tyson in her introduction to critical theory, many gay and lesbian critics choose to re-appropriate the potentially homophobic term “queer” (334) for political reasons. By re-appropriating the term “queer,” theorists are “demonstrate[ing] that heterosexists shouldn’t be allowed to define gay and lesbian experience” (334). Queer is also a potentially more inclusive category “for referring to a common political or cultural ground shared by gay men, lesbians, bisexuals, and all people who consider themselves, for whatever reason, nonstraight” (334).

While Tyson’s discussion would stress the idea that queer refers to nonstraight people, one of the central concerns of queer theory is queering heterosexuality and heterosexual desire. Sean Griffin, in his introduction to the scholarly anthology Hetero: Queering Representations of Straightness, argues, “[m]any of the formative texts of queer theory laid the groundwork for undertaking the deconstruction of heterosexual identity—specifically announcing that all sexualities are social constructions” (2). To say that heterosexuality is a social construction is not to say that heterosexuality is not real, or that straight people do not feel real urges of desire for the opposite sex. It is to say that the way that such desire is articulated and expressed is socially constructed, shifting, and potentially unstable. 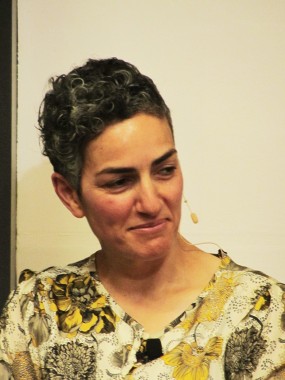 The term queer is used is to indicate a specific theoretical perspective. According to Tyson, “[f]rom a theoretical point of view, the words gay and lesbian imply a definable category—homosexuality—that is clearly opposite to another definable category: heterosexuality. However, for queer theory, categories of sexuality cannot be defined by such simple oppositions as homosexual/heterosexual” (335). As queer theorist Annamarie Jagose puts this critical posture, “[b]roadly speaking, queer describes those gestures or analytical models which dramatize incoherencies in the allegedly stable relations between chromosomal sex, gender[,] and sexual desire” (n. pag.). Rather than saying what men or women are, or what it means to be heterosexual or homosexual, queer theory tries to destabilize the way that these categories assume that people have one, singular, gendered identity for their entire lives and one, singular, sexual identity.

A key idea for queer theory is that gender is discursive and can be read, not unlike the way that a book can be read. To understand some of the implications of the discursive nature of queer theory, consider Nikki Sullivan’s discussion. Sullivan sets up the conversation by saying,

I want to begin with the suggestion that sexuality is not natural, but rather, is discursively constructed. Moreover, sexuality … is constructed, experienced, and understood in culturally and historically specific ways. Thus we could say that there can be no true or correct account of heterosexuality, of homosexuality, of bisexuality, and so on. Indeed, these very categories for defining particular kinds of relationships and practices are culturally and historically specific and have not operated in all cultures at all times. (1)

Sullivan’s prose, like that of many critical and literary theorists, is dense and it is worth reading what she is saying closely. For queer theorists, sexual identity, like gender, is not something we are born with. Men and women become sexual beings throughout their lives and learn how to express their gender and sexual identity in ways that are legible by others. By saying that sexuality is discursively constructed, Sullivan is implying that sex is a way of thinking about, talking about, and writing about sexuality that can be read by others. Sexuality has a grammar, if you will, and discursive acts are legible acts. As Sullivan notes, “sexuality is … discursively produced and classifications of sexuality … do not simply describe being, but rather constitute it in historically and culturally specific ways” (2). What it means to be gay, lesbian, transgendered, or heterosexual changes over time, and between different cultures.