Two Scholarly Approaches to the Short Story in Canada

Just as they can approach the same poem, play, or novel from many different perspectives, scholars approach short stories in many different ways, depending on their mode of analysis. Many scholars interpret the structure and content of stories themselves, engaging with them through close reading, while others take greater interest in stories’ wider print contexts. This section provides an overview of two critical approaches to the short story in Canada: print culture, and feminist. Both of these approaches examine the systems and processes related to the production and publication of short stories, and what they mean for how these literary texts are received. For more examples about what scholars do when they explore the material conditions of literary production, see the guide on Producing and Evaluating Literary Texts. 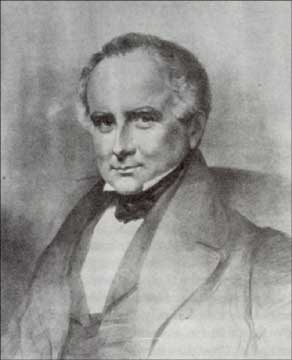 Thomas Chandler Haliburton, author of The Clockmaker, published his stories in serial form in The Novascotian newspaper before they appeared together in a book. Public Domain.

Some scholars of Canadian short fiction believe that Canadian writers are particularly adept at this form because of the material factors historically limiting possibilities for publication in Canada. H. Pearson Gundy addresses some of these factors in The History of the Book in Canada, in which he offers a preliminary history of the development of the publishing industry in Canada. When Canada was a colonial settlement, Gundy writes, early publishing took place in “Newspaper offices, government printing departments, and bookstores” rather than publishing houses, which had not yet developed (Gundy 189). As a result, literary journals rather than books played a leading role in Canada’s literary development (Gundy 195), and so early Canadian writers often wrote in the short story format rather than writing in longer forms, such as the novel, that required standalone publication. For writers in early Canada, whose local audiences were not substantial enough to compensate them for the labour involved in writing a novel, the individual short story also had potential for greater financial rewards (Lynch and Robbeson 3).

More recently, scholars such as Carole Gerson, Lorraine York, Helen Hoy, and Munro scholar Robert Thacker have deployed feminist perspectives in their explorations of the ways that material conditions (including traditional gender roles) have shaped literary production. Although the short story is not inherently more “feminine” than other genres such as the novel, some scholars and writers have suggested that the length of the short story has meant that it could be more easily written in between the domestic and care-giving activities that were traditionally the responsibility of women. For example, in Reading In: Alice Munro’s Archives, scholar JoAnn McCaig cites Munro’s claim that “she writes short stories instead of novels partly because the demands of domestic life deprived her of the long periods of concentration needed for novel-writing, at least in the early years of her career” when she was the primary caregiver for her children (2). Munro describes her own later stories as being “longer, and in a way more disjointed and demanding and peculiar,” and she attributes this shift to her children growing up and leaving home (qtd in McCaig 2). Munro’s experiences demonstrate one of the ways that the material conditions of writing—and of writing as a woman in particular—can affect the kinds of genres that authors work in.