Print or
Save as PDF
Please Note: If you are using Mozilla Firefox, the PDF created using the above button will contain unusable links. Please use Chrome or Safari to create PDFs with working links.
Tell us what you think!
Gender & Sexuality History & Culture

Feminist History of Literature and Culture in Canada

Feminist literary scholars analyze and consider the representation of gender in literary and cultural works while considering the societal implications of these representations. However, scholars do not come up with theories of gender representation in a vacuum. The work of feminist activists in the community, media, and political arena influence the academic work of feminist scholars—and vice versa. This relationship between feminist scholars and activists is not always amicable. On one hand, many academics are activists themselves. On the other hand, many activists believe academic feminism is too disconnected from the everyday realities of gender inequality. The collaborative, conflicting, and dynamic interchange between activists and scholars shape and expand the complex movements of feminism.

In order to engage with feminist literary scholarship, it is helpful to understand how the underlying concepts of the field developed. This chapter discusses the historical context surrounding feminism in Canada. While American and European feminisms influence Canadian feminist activism and literary scholarship, Canadian women carved out their own political, cultural, and literary spaces. 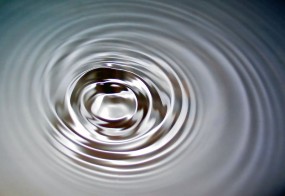 The developments of feminist critiques of sexual inequality are often distinguished into several waves. The wave metaphor shows how changes in feminist focuses and activities have progressed and changed while remaining connected by shared interests in women’s rights. Thus, where one wave necessarily begins or ends is less important than how they informed, and built upon, each other. Noting the contributions of particular waves helps articulate specific shifts in ideas that contribute to the diversity of feminist thought.