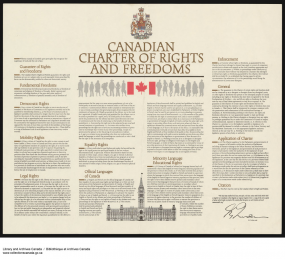 Contemporary debates about Canadian nationalism in Canadian literature reflect ongoing concerns with power, history, cultural diversity and with their effects on individuals, communities, and the nation state. Madeleine Thien observes that a key text in developing the federal policy on multiculturalism and civil rights, the Charter of Rights and Freedoms,

does not express the society that we have, in my opinion, but the society we glimpse, and that we each create in our day to day choices, and in the actions we take within our communities … I place my trust in empathy, in what Michael Ignatieff describes as the possibility that human understanding is capable of transcending the bell jars of separate identities. (n. pag.)

Peter Schneck comments in a similar vein that Canadian literature, and the ongoing discussion surrounding it,

offers, on the one hand, a critical perspective on multiculturalism as a political program and ideological project, and on the other it provides a rather realistic view of both the historical contexts and the current Canadian experience of cultural diversity in all its complexity. (n. pag.)

Laura Moss describes a culturally focused, strategic approach to nationalism, which takes into account public electoral debates, popular responses to culture, and various issues related to national identity in Canada. She suggests that

a flourishing national debate about literature, public support of arts and culture, and sharp critical analyses of that culture are crucial to a nation where different perspectives do not lead to extremist positions, but to more carefully articulated ones [and that, therefore,] even those papers not specifically grappling with nationalism … forward our thinking about evolving visions of Canadian culture, society, and writing. (12–13)