Print or
Save as PDF
Please Note: If you are using Mozilla Firefox, the PDF created using the above button will contain unusable links. Please use Chrome or Safari to create PDFs with working links.
Tell us what you think!
Case Studies Fiction Literary Works Nationalism

The Wars by Timothy Findley 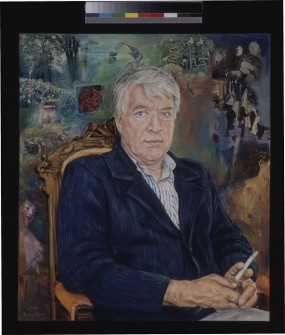 The Wars, which won the Governor General’s Award for Fiction in 1977, is an example of what influential Canadian literature critic and theorist Linda Hutcheon terms historiographic metafiction. Hutcheon defines metafiction as “fiction which is … self-reflective and auto-representational” (228). According to Hutcheon, it “thematizes its own interaction both with the historical past and with the historically conditioned expectations of its readers” (231). Historiographic metafiction, then, attempts to make the reader aware of how “History … is made by its writer, even if the events seem to speak for themselves” (231–32). The Wars, unlike some other accounts of Canada’s involvement in World War I, does not romanticize Canada’s role in the war to end all wars, but rather attempts to make readers aware of how such idealizations happened. The Wars was also, and not coincidently, the first major Canadian historical novel about World War I written by someone who had not participated in it.