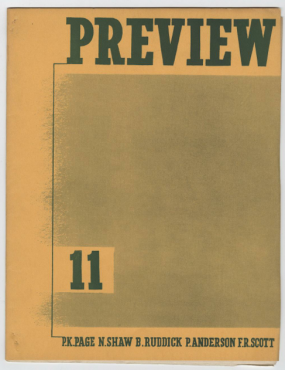 Preview Magazine, February 1942. Copyright: public domain. McMaster University Libraries own the rights to the archival copy of the digital image in TIFF format.

Little magazines were often published in small print runs with unconventional content and relatively unknown writers. They played a vital role in the development of female influence in the traditionally male-dominated literary community. The little magazines offered the space for innovation, and many important developments in modern Canadian poetry can be linked to them (Dudek and Gnarowski 203; see also Davey). Due to the masculinized poetic scene at the time in Canada, however, the role that women writers at this time played in the development of modernism is not commonly recognized.

In his Editing Modernity: Women and Little-Magazine Cultures in Canada, 1916-1956, Dean Irvine discusses the notable women writers of the time who edited a number of little magazines. For example, Floris McLaren, Doris Ferne, and Dorothy Livesay founded Contemporary Verse with Alan Crawley in 1941, and P. K. Page served as a founding member of Preview in 1942 and Northern Review in 1945. 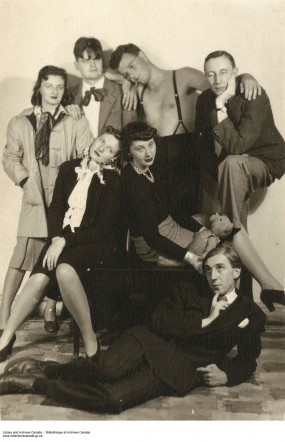 Defying stereotypes, Modernist women writers in Canada were also direct participants in forging a poetics of social protest. Dorothy Livesay served as one of the editors of the socialist magazine New Frontier in the 1930s and contributor to Masse, both publications of the Communist Party of Canada’s Progressive Arts Club (Irvine 30; Leahy 210). Within two decades of winning the vote in Canada, women writers were already entrenched in the vanguard of Modern Canadian poetry.