Western feminism developed through global dialogues between critics in Europe and North America. This section focuses on the significant impact of these conversations on Canadian social, cultural, and literary history. 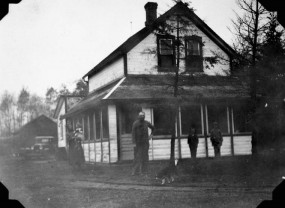 One of the earliest feminist critiques within Western society was of the division between the public and the private/domestic spheres. Until the nineteenth century, women were predominantly considered most capable of domestic chores such as cooking, child rearing, home economics, and laundry, and unfit for public responsibilities and actions. In contrast, men were often outside the house in the public sphere, where they became responsible for making money and engaging in public political debates.

One of the first steps in breaking through this divide was to emphasize intellectual equality, specifically through education reform. One of the first major feminist voices in this regard was Mary Wollstonecraft (1759–1797), a political theorist in England (see A Vindication of the Rights of Woman [1792]). The changes she advocated occurred primarily in Europe, but they contributed to Canada’s developing education system as well.

Although not all of the ideas of thinkers like Wollstonecraft travelled to Canada, the writings of early settlers such as Susanna Moodie and Catharine Parr Traill reconsider the domestic sphere in their new Canadian homes. Ironically, Moodie simultaneously envies Indigenous women for their independence and attire, while affirming social boundaries that seem to forbid her engagement in the same practices. At the same time, it is possible to reflect on women’s growing self-sufficiency in the backwoods of Canada, as Traill does, and their engagement with public dialogues surrounding gender equality in European settler society.

In colonial Canada, conventions of femininity and masculinity had to be reimagined in light of the circumstances of backwoods settlement. Upper-class English settlers, for example, were attracted to Canada on the premise that Canada would be an outdoor, rustic, resort. For some it would seem to be a kind of colonial Eden. Others were more realistic about what they were leaving behind and what they would encounter in the Canadian forests. The reality was that settlers in Canada came to a land without great infrastructure and they often had to “rough it,” as Moodie termed it. For both Moodie and Traill, writing provided a valuable source of income that was sorely needed as they struggled to keep their families alive in the harsh climate. There was also a large audience in England interested in learning about the lives of women in the colony. These writers balanced their duties in the home with their self-appointed roles as public voices educating others about colonial settlement (see Traill’s The Female Emigrant’s Guide [1854]).

Gender and Settlement for the Strickland Sisters 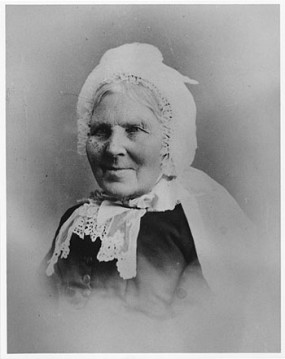 The Strickland sisters, Catharine Parr Traill and Susanna Moodie, had strikingly different takes on the pleasures and opportunities of immigrating and settling in Canada. The difference lies in their interpretation of the class and gender freedom that immigrating to Canada might provide in 1832 when they arrived in Canada. Traill seems to relish much of the class and gender freedoms she experiences as a bush-lady in Canada. In contrast, for Moodie, living and working in Canada is a more difficult experience because she has to rough it to a far greater degree than she thought she would given her degree of class privilege in England.

For Traill, Canada represented hope and the potential for shifting gender and class norms. According to Traill,

Canada is the land of hope; here everything is new, every thing going forward; it is scarcely possible for arts, sciences, agriculture, manufactures, to retrograde; they must keep advancing; though in some situations the progress may seem slow, in others they are proportionably [sic] rapid. (200)

Further, for Traill, Canada was a land where women could have individual liberty and did not have to keep up appearances (203). According to Traill, gender and class roles are more flexible in the settlements:

here is it considered by no means derogatory to the wife of an officer or gentleman to assist in the work of the house, or to perform its entire duties, if occasion requires it; to understand the mystery of soap, candle, and sugar-making; to make bread, butter, and cheese, to even to milk her own cows; to knit and spin, and prepare the loom. In these matters we bush-ladies have a wholesome disregard of what Mr. or Mrs. So-and-so thinks or says. (203–04)

Canada becomes a nation where “independence is inseparable from industry” and this independence is what Traill prizes about being a Canadian settler (204).

In contrast, Moodie wrote in Roughing It in the Bush that many of the wealthy people who immigrated to Canada did so out of a “love of independence which springs up spontaneously in the breasts of the high-souled children of a glorious land” (212). For Moodie, there was “[a] Canada mania [that] pervaded the middle ranks of British society” (213) and encouraged mass immigration to Canada:

Its salubrious climate, its fertile soil, commercial advantages, great water privileges, its proximity to the mother country, and last, not least, its almost total exemption from taxation … were the theme of every tongue, and lauded beyond all praise. The general interest, once excited, was industriously kept alive by pamphlets, published by interested parties, which prominently set forth all the good to be derived from a settlement in the Backwoods of Canada; while they carefully concealed the toil and hardship to be endured in order to secure these advantages. (212)

For Moodie, Canada was not a utopia where gender and class were flexible; rather, it was a place where British women were forced to do labour that they were unaccustomed to doing. As she puts it, the point of writing about her experiences was to dissuade wealthy families from coming to Canada at all. Paradoxically, however, Roughing It in the Bush proliferates with lovingly romanticized descriptions of the land and its people. It is this contrast that led Margaret Atwood to note what she called Moodie’s “paranoid schizophrenia” (62) in her poetry collection The Journals of Susanna Moodie (see “The Moodie-Atwood Dialogue”).