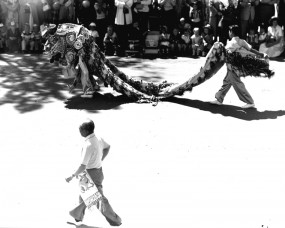 Neil Bissoondath argues in Selling Illusions (1994) that multiculturalism leads to ethnic and cultural segregation and the ghettoization of cultural groups rather than to an integrated community (see similar comments also by Ven Begamudré in his interview with Daniel Coleman). Thus, as was mentioned in the conceptual overview, the contention is that multiculturalism policy can be easily reduced to token displays of diversity (food, song, and dance) instead of dealing with actual social injustices.

Those classified as visible minority members or recent immigrants are often welcomed to Canada by white Anglo-Canadians and expected to feel gratitude for the chance to live here, forming a host/guest hierarchy.

Indigenous people have resisted being categorized in the frame of multiculturalism, as their societies predate the formation of the nation-state of Canada. Furthermore, they often did not welcome earlier waves of immigration and have yet to see much gratitude from dominant Canadian society for sharing the land, if indeed, they were asked to do so. Such critiques have prompted further debate as to how Canada as a nation-state conceptualizes and enacts multiculturalism.

The focus of multiculturalism on cultural origins, rather than the present community, unsettles the very notion of a unified we in Canada. To focus on origins assumes that groups, categories, or classes of things have one or several defining features that are exclusive to that group and that these features persist over generations in Canada.

This essentialist approach is troubling, especially when it comes to cultural categories, because it is this approach to identity that underpins the basis for racial discrimination, so-called ethnic cleansing, and other exclusionary acts.

Some have argued that although racism is now decried, it has been replaced by the equally discriminatory practice of culturalism, which is a belief in the persistence of so-called un-Canadian cultural values in certain groups seen to be unassimilable, and therefore a threat to the nation.

Another alternative to ghettoization is posited by writers such as Roy Miki and Fred Wah, who have argued for the importance of an individual and communal notion of hybridity. In this view, cultural values and identities are more fluid or adaptive and reflect the context in which these values and identities are expressed, developing through histories both personal and collective.

Ven Begamudré summarizes this aspect of identity when he says,

A part of Begamudré’s observation of historical and social contextualization, is the criticism of multiculturalism policy as cultural management and control by the government.

Thus, this policy returns the power of definition to the state, even in its affirmation of diverse communities, reflecting elements of policies that promoted normalization and assimilation from earlier history.

This tension between communities—defined as visible minorities or as cultural or religious groups—and the nation state remains a central concern even within the relatively recent embrace of multiculturalism.

Most importantly, discussions of multiculturalism illustrate a concern with boundaries within and between communities and nations, and their potential permeability and changeability. Heather Milne and W.H. New have both written about borders in Canadian Literature.

An important, widely publicized, and yet cautionary example of the challenges surrounding concerns with communities, borders, state power, and multiculturalism within Canada is the Oka Crisis of 1990. In that land dispute, prompted by the proposed development of a sacred grove and burial site into a golf course by the town of Oka, the Mohawk community of Kanesatake barricaded access to the site, which prompted a forceful response from the Quebec provincial police. The conflict expanded regionally, and escalated over the next 78 days to include the presence of the RCMP and the Canadian Army.

While we can’t recount the complex history of that time here, what is relevant to this discussion is how the government responds to crises like these, and what it says about the policy of multiculturalism when it comes to the distinct needs of specific groups. In her editorial to the Canadian Literature special issue First Nations Writing, Margery Fee notes that,

Like Oka, any incident to do with Aboriginal peoples that sparks conflict between what were once called the two founding races, the French and the English, is read not for what it might say about the aspirations, desires, or political demands of the Aboriginal people involved, but for what it says about relations between the two solitudes. Attention is paid, but for the wrong reasons, and in the end, the Aboriginal protagonists go to jail, or worse, and the mainstream media forgets the whole subject. Did we ever find out what happened to that golf course? (5)

the idea, very widely entertained, [is] that, because we can procure sufficient quantities of mental aliment from other lands it is superfluous to make any attempt to build up a literature of our own. A national literature is an essential record of a country’s mental progress: it is the expression of its intellectual life, the bond of national unity, and the guide of national energy. It may be fairly questioned, whether the whole range of history presents the spectacle of a people firmly united politically, without the subtle but powerful cement of a patriotic literature. On the other hand, it is easy to show, that, in the older countries of the world, the names of distinguished poets, enshrined in the national heart, are the watchwords on national union; and it has become a part of the patriotism of the people to honor and love their memory. (ix)

In light of the previous discussion of debates around multiculturalism, one might ask, what a patriotic literature and the bond of national unity looks like now, and who decides which authors become distinguished?