[I]n terms of our culture as a whole the interesting fact about this solitary successful Canadian Utopian novel is that it is really not Utopian at all…. De Mille’s purpose, like that of Swift and Butler, is not to polemicize for or against a society that does not exist, but to present a satirical view of our own world by the simple and oft-used process of inversion.

—George Woodcock, “An Absence of Utopias” 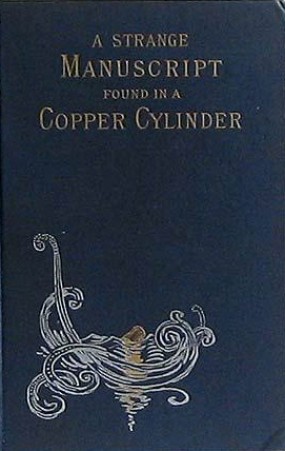 Published posthumously in 1888, James De Mille’s A Strange Manuscript Found in a Copper Cylinder tells a satiric story of a lost utopia through a frame narrative and an internal tale ostensibly found in a bottle floating at sea. The questions in this case study guide students through the frame narrative structure, as well as the use of irony and problematic depictions of utopia. Canadian Literature articles by Gwendolyn Guth, Linda Lamont-Stewart, Stephen Milnes, Flavio Multineddu, M. G. Parks from a special issue on De Mille, and an editorial by founding editor George Woodcock provide a rich variety of critical voices with which to engage.

James De Mille (1833–1880) was a professor of rhetoric and history at Dalhousie University who wrote around thirty popular novels between 1860 and 1877.

A Strange Manuscript Found in a Copper Cylinder is one of De Mille’s most popular and debated novels; in the past decades it has earned newfound regard in critical conversations (see M. G. Parks’ article Strange to Strangers Only for a thorough discussion of De Mille’s reception into the 1970s). In her article Rescued by Postmodernism, Linda Lamont-Stewart suggests that the novel has become increasingly of interest to academic critics because postmodernist criticism looks favourably on De Mille’s use of irony, disruption of novelistic conventions, and open-ended conclusion. 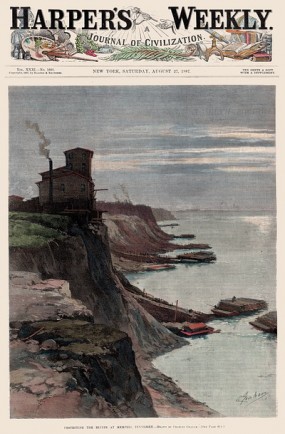 A Strange Manuscript Found in a Copper Cylinder was originally serialized in Harper’s Weekly over nineteen installments, from 7 January 1888 (No. 1620) to 12 May 1888 (No. 1638). The story was quickly reprinted in a variety of editions, and in 1969 it was reprinted as a part of the popular New Canadian Library series from McClelland and Stewart. This case study draws on the 2011 edition published by Broadview Press and edited by Daniel Burgoyne.

The satirical utopia depicted in the story upends generic conventions and tropes surrounding heroic explorers, genteel society, cultural encounters, and scientific inquiry. De Mille’s narrative follows the adventure of Adam More as he encounters the Kosekin people living in a tropical Antarctica. The Kosekins revere death and seek poverty. More’s adventure is, in turn, framed by the recovery of his story found in a copper cylinder by a group of upper-class British men, becalmed on the sea in their yacht.

Among other things, this novel offers an important early exploration by a non-Indigenous author of the processes and effects of essentialism and racialization, satirizing and undermining the distinctions upon which such things rely.