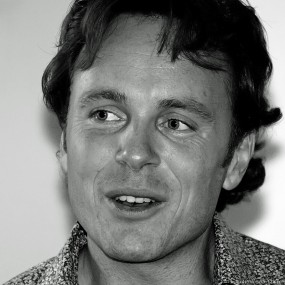 Shane Rhodes. Used with permission of the author.

The visual poems by award-winning poet Shane Rhodes featured in this chapter engage with specific settler-Indigenous interactions, in particular through treaties and land claim disputes. Three of the poems in this chapter feature reconstructions of official treaty documents. The Crown negotiated treaties with Indigenous peoples to have them cede (give up) their traditional territories for colonial settlement and to constrain their use of the land. However, governments often attempt to circumvent or ignore these agreements. The government of British Columbia refused to negotiate treaties until recently, so almost the entire province is still in the process of land claims negotiations.

Furthermore, Indigenous peoples often understand the treaties differently than colonial governments, in part due to discrepancies between what was said and what was written. These disagreements include whether or not the agreements involve sharing or owning the land and how respectful interactions should take place. Access to land and the use of resources remain important concerns for interactions between Indigenous and non-Indigenous nations, and the treaties provide “the foundational logic of the current phase of Canadian colonization and of ongoing settler, First Nations, Inuit and Métis relations” (Rhodes, “A Poetics” n. pag.). As such, Rhodes’ engagement with these particular historical documents is grounded in how they structure ongoing relations. 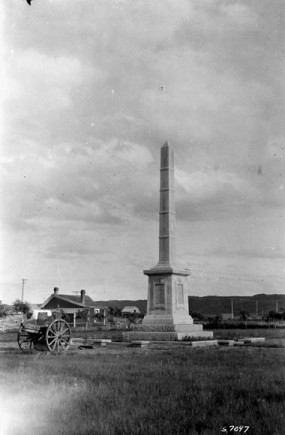 Rhodes believes that some valued histories are “intricately tied up with our culture’s will to colonize (and the attendant racism and anti-indigenousness that fuels it) and control.” He suggests we should look at why these histories are so appealing to us, and what other histories these narratives obscure. Thus, he is “interested in exploring anti-indigenousness … and the ways in which our colonial society builds up and protects the myths at its foundation” (“A Poetics” n. pag.). His poetic project engages with these myths.

Shane Rhodes asserts a self-reflexive understanding of the dominant, colonial culture of Canada. By re-contextualizing and visualizing the foundational texts of the treaties, Rhodes helps foster alternative perspectives and empathetic positions within the dominant discourses of Canadian society towards Indigenous peoples’ struggles for self-determination. He seeks to decolonialize settler-Indigenous relations as a non-Indigenous poet. Thus he takes apart supposedly foundational documents to show that these relations need new foundations.

Shane Rhodes’ poems were originally published in Canadian Literature, and have been subtly revised and collected in his book, X. The title alludes to the usual way Indigenous people signed treaties, such as on Treaty 3 seen here. The X indicates that many of the signatories who supposedly agreed to the document likely could not read or write, and thus depended on oral versions and translations for their understanding of the text. The documents, therefore, offer but a shadow of the negotiations, rather than a clear record of what the Indigenous people involved really agreed to.

Rhodes’ poems re-present and re-conceptualize treaties and land disputes by turning the documents into a collage. The act of cutting and pasting documents is a long-used avant-garde creative practice (see beaulieu and Betts’ “Copy Paste Publish: On Appropriation”). This practice sets up juxtapositions between words and images that might not be noticed in the original documents, but reflects them nonetheless. 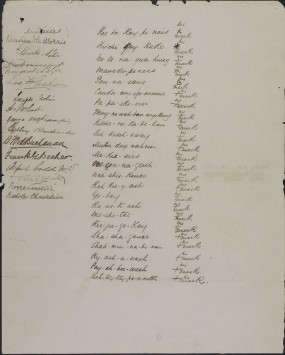 Furthermore, the treaties are informed by the European history of print media and documentation, which privileges static representations of social relations in printed legislation. The fixity of these documents contrasts with the fluidity of orature in Indigenous cultures, in which stories and understandings adjust to changes in the community and historical circumstances.

The poems counteract the treaties’ colonial biases by drawing on the performative and creative qualities of oral and avant-garde traditions. These poems cut apart the colonial standards of literacy and static documentation, enacting a more dynamic understanding of the texts.

Shane Rhodes calls these poems mediatations, a blend of media and meditation. The poems are acts of meditation on the treaties that defamiliarize the documents by taking them out of their original contexts and legislative power in order to rethink their assumptions. Rhodes’ poetic practice prompts readers to rethink the source text’s potential meanings and contexts, as well as their connection to contemporary political negotiations.

With the following poems, consider especially