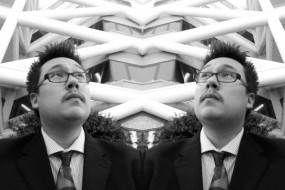 Nisga’a writer Jordan Abel’s poem, “The silhouette of a pole on the shore of the Nass River,” copies and then re-writes an entry by the Canadian ethnographer Marius Barbeau (1883–1969) from the second volume of his work Totem Poles (1950). Ethnography is a branch of anthropology involving the close observation of cultural groups. While ethnographic research can be useful, the observer’s assumptions about cultural practices and values can colour their observations.

Like other ethnographers of the time, Barbeau recorded what he saw as authentic aspects of West-coast Indigenous cultures before they were supposedly corrupted by colonial cultures. Barbeau saw Indigenous adaptations and incorporations of settler cultures as a contamination of Indigenous ways, rather than a normal part of living cultures. Abel’s poem turns this assumption on its head by adapting and transforming Barbeau’s own words. However, Abel asserts that his poem is “not at all a revitalization of traditional First Nations storytelling,” (“Scrappy Young Poet” n. pag.) but rather offers a more complicated engagement with Indigenous-settler interaction, attending to what we can learn from both sides.

For “The silhouette of a pole on the shore of the Nass River,” Abel strategically erases and rewrites Barbeau’s text, developing a visual poem that transforms into a prose poem. This poem is a part of Abel’s larger, book-length engagement with Barbeau’s work, The Place of Scraps (47-55). In this book, Abel notes that he began his poetic engagements with Barbeau’s work “to revisit the traditional First Nations stories and storytelling techniques that Marius Barbeau transcribed in his book” and as “an entry point to a cultural identity I never had the chance to connect with” (“Scrappy” n. pag.). 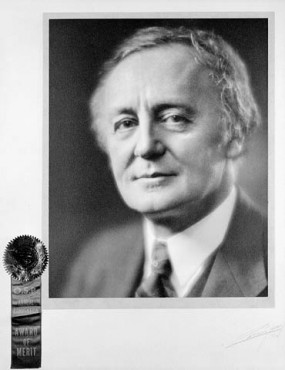 Barbeau was enthralled by totem poles, and he documented them extensively. But, as Abel summarizes,

Barbeau attempted to preserve First Nations culture (by relocating totem poles and potlatch items to museums) and simultaneously participated in dismantling First Nations culture with the very same actions. The resulting text [of Abel’s poems], which was built primarily out of erasures, was a sincere attempt to replicate my process of understanding this truly complicated and unpopular moment in history. (“Scrappy” n. pag.)

Through the process of erasing and rewriting, Abel interrogates Barbeau’s ethnographic practice and his interactions with the peoples he sought to document.

In 1950, Marius Barbeau declared that “the art of carving poles belongs to the past.” In The Place of Scraps, Jordan Abel carves up Barbeau’s Totem Poles. Scrapping the distinction between literature and sculpture, he reinvents poetry as a plastic art. He is not concerned with finding his own words. He removes Barbeau’s. His poems are word-carvings. Some are word-shavings. He simultaneously scraps Barbeau’s discourse and conserves it, seizing control of its rules and turning them to new purposes. Ingeniously, his image-texts pass the work of sculpture on to a reader who reads, and rereads, in three dimensions. (qtd. in The Place of Scraps n. pag.)

Much like Shane Rhodes, Abel employs methods derived from lyric writing as well as avant-garde creative methods, to disrupt the original document and to offer alternative perspectives on the received colonial history.