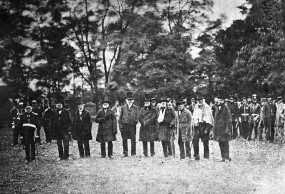 The War of 1812 between the recently founded United States of America and Britain and its North American colonies is often seen as a triumphant display of loyalty to Britain. Many of those who fought the Americans had only recently moved north as British Loyalists. Those who had remained loyal to Britain during the American Revolution were rewarded with land in Upper and Lower Canada for their services. French and Aboriginal troops defended the territory as well.

Loyalism, still strongly colonial rather than national at this time, helped develop a problematic and still pervasive collective concept of Canada as a white, Christian, primarily Anglophone, civil society. Daniel Coleman discusses this in his book White Civility: The Literary Project of English Canada. 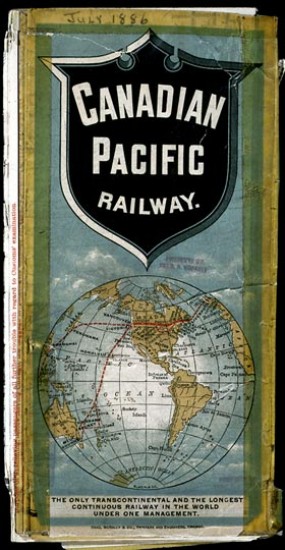 These cultural assumptions led to a nationalist movement that remained strongly tied to Britain. This resulted in the Indigenous peoples being reduced from allies and trading partners, to wards of the new Canadian state. They were seen primarily as obstacles to settlement who needed to be civilized before they could be assimilated into the population and become citizens. They were deprived of the right to vote, without having to relinquish Aboriginal rights, until 1960. The colonial misrepresentation of Indigenous systems of knowledge caused considerable damage to Indigenous languages, cultures, and territory. Furthermore, while treaties were signed to share the land, these were often breached by the state.

Confederation and the CPR

In 1867, Ontario, Quebec, Nova Scotia, and New Brunswick united as the Dominion of Canada, a process referred to as Confederation. Canada grew as a nation over the subsequent decades as more provinces joined Confederation:

One particular moment stands out in the nation-building rhetoric of the country. The construction of the Canadian Pacific Railway (CPR) during the 1880s was meant to join the provinces of Canada from sea to sea. It was also often presented as an expression of national unity.

The railway was built at great cost to the labourers from China, Quebec, and Ireland, as well as those involved in the North-West Resistance of 1885, which the development of the CPR helped to suppress. See Erica Kelly’s article, Was Ever an Adventure Without its Cost?: The Price of National Unity in E. J. Pratt’s Towards the Last Spike, for a discussion of this moment in history. 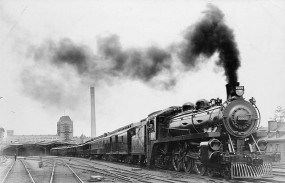