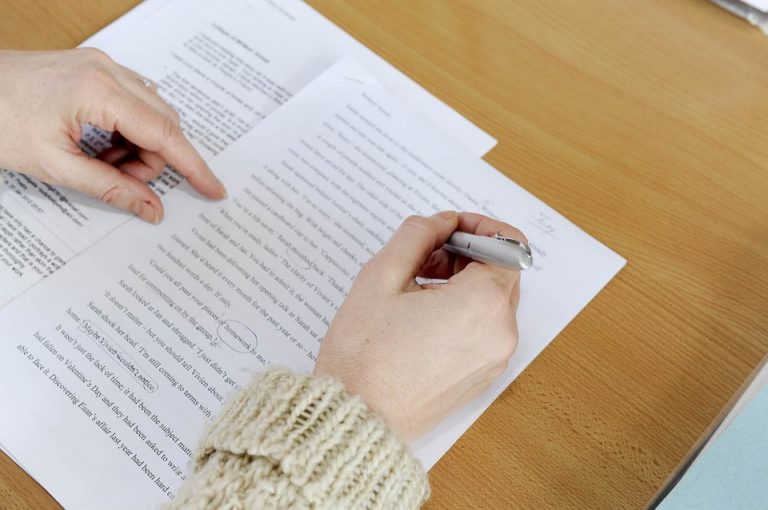 In the previous section, we saw how the motivations listed in Table 1 show up in the articles of three different scholars writing about the novel Green Grass, Running Water. In this section, we will apply our understanding of motivations to sample undergraduate approaches to the same novel. We will consider how these draft arguments could be revised to more clearly adopt the motivations that are so important to the scholarly community.

The sample arguments are already intelligently written and easy to read; you could certainly write essays that build from their positions. But, as you will see, they do not yet clearly engage with the motivations common in the field of Canadian literature studies. To take them to the next level, let’s look at how we could revise them to pursue one or more of these characteristic motivations.

Thesis A: Revising to Showcase Originality and Complexity

Let’s look at our first sample thesis. It introduces an argument that will summarize and agree with the work of a previous scholar, Wayne Tefs.

What previous writers have argued about Green Grass, Running Water is right: King has a “witty and whimsical sense of humour” (Tefs 4).

In some contexts, summarizing another writer’s work is a relevant and appropriate motivation. But in developing contributions to the scholarly community, it is expected that your work will showcase something new to add to the ongoing conversation—you will expand on and add to what has already been said, rather than simply repeating it. As the originality motivation indicates, literature scholars characteristically write arguments that claim they have something new to say.

Accordingly, Thesis A could be revised as follows:

What previous writers have argued about Green Grass, Running Water is right, up to a point: King does have a “witty and whimsical sense of humour” (Tefs 4). However, this sense of humour is not lighthearted. Indeed, it signals the dark subject matter at the heart of his novel.

This revised version is likely to appeal to the scholarly community as it adds something new and also because its “yes, but” structure—X is true, but a contradictory point Y is also true—is more complicated than the first version’s simple structure. It seems to be motivated by complexity. Scholars in the field, including your instructors, are likely to value the sophisticated, layered argument offered by this revised thesis.

Thesis B: Revising to Showcase Consideration of Cultural Contexts

Our second example introduces an argument to analyze King’s novel as an example of a particular genre—the coming-of-age narrative.

Literature scholars’ attraction to complexity is relevant again here. To engage this motivation, the writer could move beyond this straightforward analysis and consider, for example, ways in which the novel challenges or enhances the expectations of that genre.

In this case, complexity could also be aligned with the motivation to consider a text in its appropriate cultural and political context, and to acknowledge the position one is reading from. Thesis B does not specify the cultural context of its “coming-of-age narrative” genre. This thesis may worry Canadian literature instructors because sometimes, when writers do not specify cultural contexts, they assume that one context is shared universally. Doing so goes against the context motivation. Instructors might worry that the student writer will impose Eurocentric ideas on what is distinctly not a Eurocentric text. If your thesis sparks this worry in your instructor, they could be motivated to critique ethical problems in your essay—which is not what you want your instructor to do!

So Thesis B could be revised to specify the complexity of its cultural contexts. It could become:

Green Grass, Running Water combines many different narratives and narrative structures, one of which is a version of what in Western culture has been called a coming-of-age narrative.

However, it would be very difficult, within the field of Canadian literature, to approach this novel without considering the more appropriate cultural contexts, such as the Indigenous cultures that the novel references and was written from. The context motivation might also encourage you to consider, for example, how the novel places a Western coming-of-age narrative in the context of other Indigenous narrative frameworks.

Green Grass, Running Water combines many different narratives and narrative structures, one of which is a version of what in Western culture has been called a coming-of-age narrative. But this narrative is disrupted and shaped, in the novel, by the Blackfoot tradition of cultural renewal that, as Marlene Goldman describes, is embedded in the ritual of the Sun Dance (Goldman 34, 39).

This revision of Thesis B preserves the argument about a coming-of-age narrative but complicates and enriches that argument by drawing on authoritative sources of information about the particular cultural contexts involved.

As you develop your own thesis statements for future essays, consider how you might revise them to adopt some of the characteristic motivations of the scholarly community. The activities below offer a chance to practice doing so.