Print or
Save as PDF
Please Note: If you are using Mozilla Firefox, the PDF created using the above button will contain unusable links. Please use Chrome or Safari to create PDFs with working links.
Tell us what you think!
2018 Edited Collection Available Literary Works Non-fiction 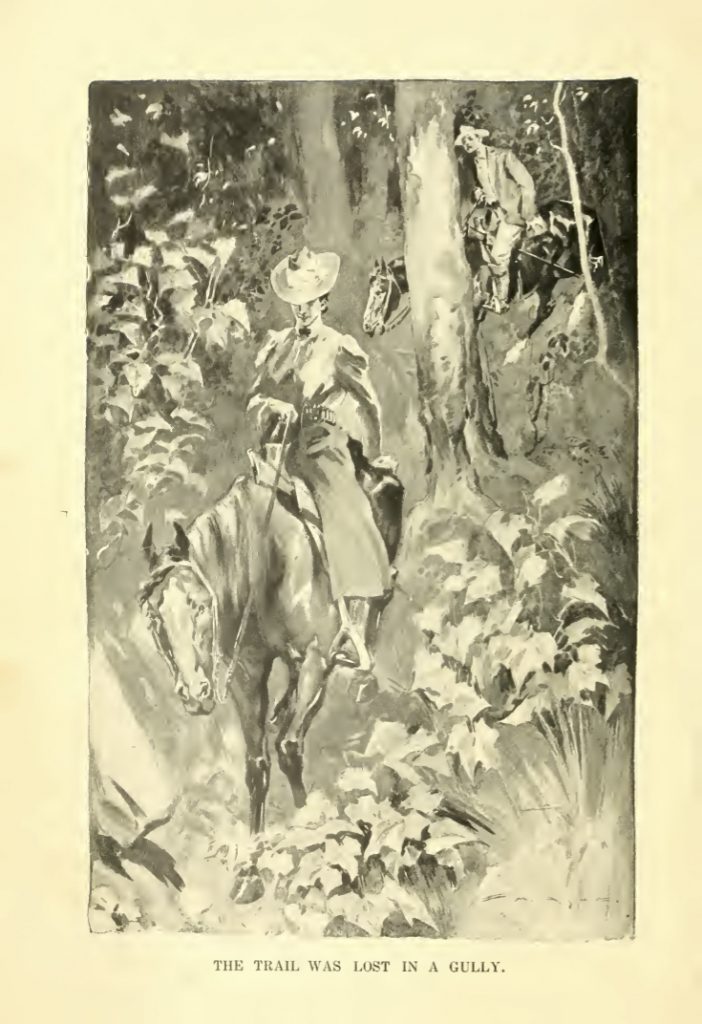 In 1900, young American suffragist Grace Gallatin Seton-Thompson published her first book, an account of her extended 1897 camping trip in western regions of the United States and Canada. A Woman Tenderfoot was popular in its day—catapulting Seton-Thompson into the public sphere and beginning her long career as a well-publicized travel writer. While she was an American and A Woman Tenderfoot was published in New York and London, her debut text has intriguing connections to Canadian literature and explores some of the crucial questions engaged by writers on both sides of the border. This chapter contextualizes A Woman Tenderfoot within Canadian literature and within the genre of travel writing that was so popular at the time. It then suggests several theoretical approaches for reading A Woman Tenderfoot more closely.

It is important not to reduce a text like A Woman Tenderfoot to an overly biographical reading. However, elements of Seton-Thompson’s life can help to clarify the connections of A Woman Tenderfoot to Canadian literature. Seton-Thompson was born in California in 1872. In 1894, she met her future husband, a Canadian named Ernest Seton-Thompson. They married in 1896 and lived both in New York and in Connecticut. Ernest became an internationally renowned artist and writer who specialized in a turn-of-the-century literary genre known as animal stories. He gained fame for his illustrated, observational stories of animals and for his connection to the Boy Scouts. While Seton-Thompson’s early literary prominence arose in conjunction with her husband’s, she went on to travel all over the globe without him as a travel writer, a humanitarian, and a suffragist both before and after their divorce in 1935.

While they were married, Seton-Thompson collaborated with her husband in a number of ways. For example, she designed the layout of many of his texts, and he is one of the illustrators of A Woman Tenderfoot, along with G. Wright, E. M. Ashe, and S. N. Abbott. Furthermore, Seton-Thompson collaborated with Ernest in designing the Camp Fire Girls, an organization that was based on his group for boys, the Woodcraft Indian League (also known as the Woodcraft Indians), a precursor to the Boy Scouts. These children’s groups, which focused on outdoor skills, are indicative of the couple’s shared interest in promoting values such as self-reliance in the wilderness. From our vantage point as readers, we can see how self-reliance, nationalism, gender, Indigenous cultures, among other topics, are explored in complex and sometimes problematic ways in A Woman Tenderfoot and in North-American travel writing generally at the turn of the twentieth century.

The term “travel writing” is used by scholars to refer to (mostly) non-fiction texts that describe far-ranging types of travel including tourism, religious pilgrimage, colonial exploration, early colonial settlement, forced migration, the flight from persecution, and many contemporary forms of immigration and diaspora. As a non-fiction travel account told in the first person, A Woman Tenderfoot fits well into the very broad genre of travel writing. The book, which takes place partly in western Canada as Seton-Thompson chronicles her 1897 trip on the CPR, bears striking similarities to other classic examples of travel in the region. Her train journey recalls earlier trips by famous American male writers, such as Hamlin Garland and W. H. H. Murray who in the 1880s and 1890s travelled in and wrote memorably about western Canada. James Doyle argues that in the late 19th century, prominent American concerns about receding western wilderness territories led to both a cultural frontier nostalgia and to literary representations of western Canada as a kind of mythical frontier that was an extension of the western United States (147-48). Seton-Thompson’s train journey through western Canada calls on the American frontier nostalgia to which Doyle refers. 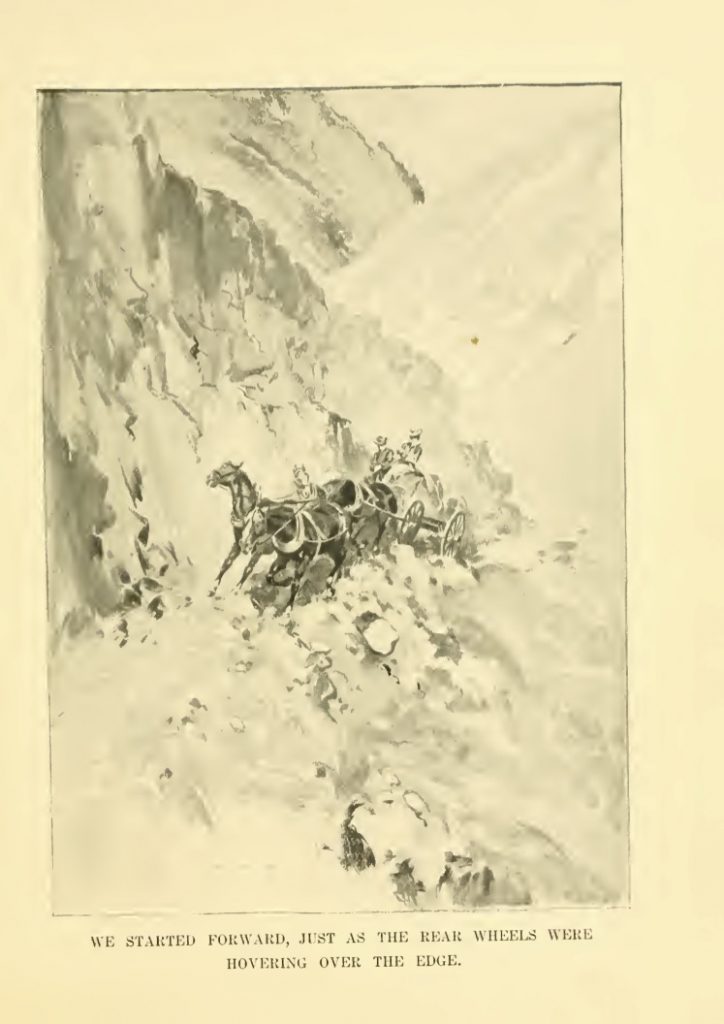 “We started forward, just as the rear wheels were hovering over the edge,” illustrator unknown, in Seton-Thompson, 327.

As told from a woman’s perspective, A Woman Tenderfoot also has some directly Canadian cultural precedents. For instance, in 1886 Lady Agnes MacDonald, wife of Canada’s first prime minister, famously rode on the cowcatcher (a small open-air platform at the front of a train) of the very recently completed CPR. Macdonald’s trip, which would have had imperialist, nationalist, and potentially even suffragist connotations for the Canadian public, was also echoed in writer Sara Jeannette Duncan’s A Social Departure (1890). Furthermore, Canadian literary icons such as Duncan and E. Pauline Johnson (also known as Tekahionwake) wrote travel accounts (Duncan’s A Social Departure and Johnson’s Legends of Vancouver [1911]) around the time of A Woman Tenderfoot’s publication that are compellingly similar to Seton-Thompson’s. Some of the commonalities that these texts share, aside from representing travel in western Canada, include an interest in women’s rights, an adventurous narrative persona, a light-hearted, journalistic tone often accompanied by colourful illustrations, and an interest in appealing to a broadly middle-class, mostly female, readership. As the following section of this chapter will show, some scholarship on women’s travel literature has explored conflicting discourses of gender and imperialism in these texts.

Questions to Keep in Mind While Reading A Woman Tenderfoot