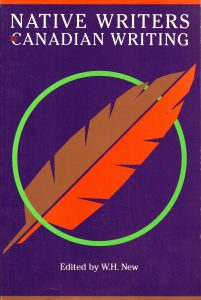 Indigenous Literatures in Canada includes case studies of The Rez Sisters by Tomson Highway, Green Grass, Running Water by Thomas King, Monkey Beach by Eden Robinson, and a discussion of the visual poetry of Shane Rhodes and Jordan Abel.

In Canadian Literature’s groundbreaking 1990 special issue, Native Writers & Canadian Writing, W. H. New argues in his editorial that “Power declares; it doesn’t readily listen” (4). At the time,Canadian Literature still represented the power of the Canadian literary establishment, but for this issue the journal attempted to critically listen and engage with Indigenous writers, rather than speak over them. By implication, this shift also means the journal asked its readership to become willing listeners about Indigenous literature, in all its contradictions and complications. 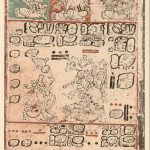 Many early anthropologists argued that all societies transition from hunter-gatherer, to nomadic herding, to agriculture, to the formation of large cities in the same way, and that the later stages were superior to the earlier ones. Anthropology has moved on from this idea; however, the idea that certain societies are superior to others is connected with other widespread ideas such as the myth of progress (new technologies are invariably better), Whig history (past societies are evolving towards democratic freedom), Social Darwinism (the fittest humans survive best, so the poor should be left to starve), and Scientific Racism (whites or Caucasians are at the top of an evolutionary ladder). 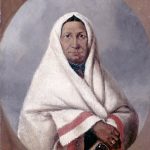 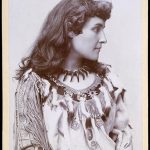 E. Pauline Johnson (Tekahionwake; 1861–1913) was a popular poet, critic, and performer. In this chapter, we address a small sampling of her wide range of poems and prose. The life and career of Pauline Johnson has been the subject of renewed academic attention since the 1960s, in particular with the growing interest in feminism, Indigeneity, and diversity. 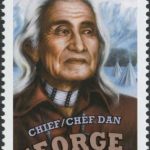 Several important political developments in the 1960s helped strengthen Indigenous nationalism in Canada. Until the 1960s, Status Indians—peoples legally recognized by the Indian Act—lacked many rights enjoyed by Canadian citizens, as the Indian Act categorized them as wards of the state. 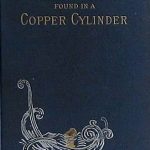 Published posthumously in 1888, James De Mille’s A Strange Manuscript Found in a Copper Cylinder tells a satiric story of a lost utopia through a frame narrative and an internal tale ostensibly found in a bottle floating at sea. The questions in this case study guide students through the frame narrative structure, as well as the use of irony and problematic depictions of utopia. 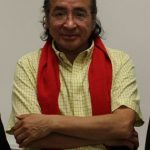 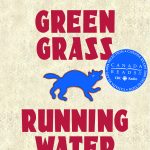 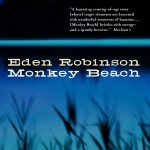