“The Promise/Broken Land: mediatation on Treaty Three” by Shane Rhodes 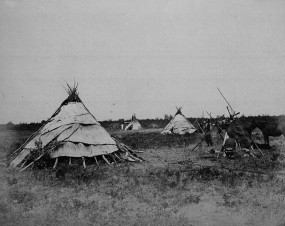 Chippewa (Ojibway and Saulteaux/Anishinaabe) peoples in Ontario and part of eastern Manitoba signed Treaty 3 with the Crown in October 1873. As with other treaties, this involved the ceding of land to settlers, in conjunction with promises of security and resources.

Much like Rhodes’ other treaty poems, “The Promise/Broken Land” engages with the imagery and language of land and resources tied up in treaty negotiations. In this case, he uses the imagery of cartography, a practice central to the negotiations. As Rhodes notes at the bottom of the poem, he shaped the treaty to “the outline of a map taken from … the Canadian Lands Survey” (presumably the Dominion Land Survey), a major colonial cartographic enterprise that charted the landscape for resource and population management.

The Promise/Broken Land: mediatation on Treaty Three by Shane Rhodes 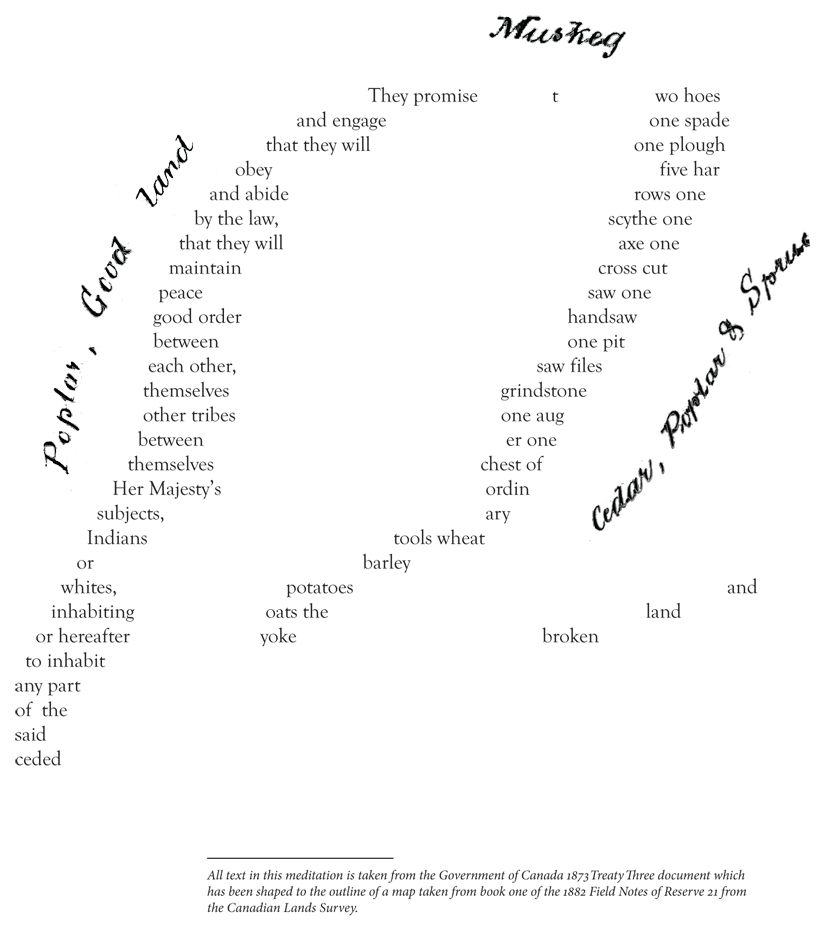