Arjie, Selvadurai’s protagonist (and thinly-veiled autobiographical self), is apparently both foil to and member of the (economically) privileged male class and comes to embody the tensions in these post-postcolonial struggles. […] Arjie’s attempts at queer insurrection unwittingly mimic the repressive urges of (emerging) nation states. These states embrace an emboldening masculinity based on biological and essentialist notions of distinct gendered social roles—and in this simplified equation Arjie, unwittingly perhaps, acquiesces. 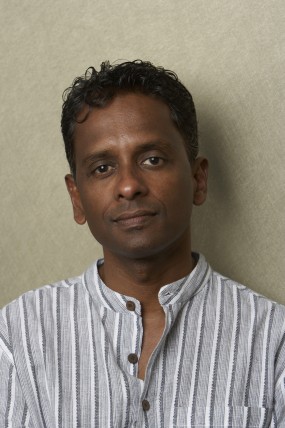 From 1983 to 2009, Sri Lanka was in a state of civil war between the reigning government, representing the majority Sinhala population, and the Liberation Tigers of Tamil Eelam (LTTE). The LTTE advocated for a separate Tamil state due to the perceived cultural marginalization of Tamil citizens in Sri Lanka. The 26-year civil war began in July 1983 with a series of massacres and riots targeting Tamil citizens. The inception of this violence is known as Black July.

Despite the clear sides drawn by historical overviews, Funny Boy suggests that the conflict was not as clearly divided in Sri Lankan communities, with many Sinhala and Tamil Sri Lankans living as neighbours and friends. In the same way, Dennis Austin observes in his political overview of modern Sri Lanka that all history is made up, but the history of Sri Lanka is more made up than most (61).

Selvadurai uses the historical marginalization of the minority Tamil population in Sri Lanka as an analogue for Arjie’s position as a young gay man. During this time, and continuing today, homosexuality is illegal in Sri Lanka. As Arjie realizes and explores his homosexuality against the backdrop of Black July, his personal comfort in his sexuality emerges as he prepares to move to Canada, a jurisdiction that offers both asylum for persecuted Tamil refugees, and by the 1980s, provided legal protection for LGBTQ individuals.