Narratives of Empire: Hearne and Mackenzie Boys’ adventure stories promoted these visions in the Victorian period, as do more recent popular historical novels such as Dan Simmons’ The Terror (2007), about the Franklin expedition. The writings of Samuel Hearne, Alexander Mackenzie, Simon Fraser, and David Thompson all qualify as exploration literature, and extracts from their work often appear at the beginning of anthologies of Canadian literature.

How do literary critics deal with explorers and their writing? One strategy is to look at style:

Mackenzie feels he has gained his objective and says so. He does not assert that he is a hero, but his narrative makes him one. He and Fraser tell stories which are, in underlying form, closer to the heroic tale or romance than to the modern novel. Their deeds and their determination make them seem to be greater men than the reader imagines himself to be. (MacLulich 73)

One of the excerpts from exploration writing often selected by anthologists is a horrifying eyewitness account titled The Massacre at Bloody Falls by Samuel Hearne, which I. S. MacLaren has studied in several articles. He, like MacLulich, looks at literary features of the writing, comparing them to eighteenth-century notions of how great literature should depict landscape and emotion.

… the descriptions of the demise of the Eskimo girl, a poor creature, fellow-creature, and an eel, detail a further horror for Hearne as the picture of the massacre bursts out on its spectator. Like Samuel Richardson’s Clarissa, Walpole’s Matilda, or Radcliffe’s Emily …, Hearne’s innocent eighteen-year-old attempts to flee a life-threatening pursuit. But in Hearne’s narrative, the literary emotion is superceded by a waking nightmare, the universally-experienced dream of an indescribably serpentine creature appending itself to one’s limb, seeking to derive succour from it. The innocent heroine for whose plight Hearne feels guilt, and the frightful image of an eel for which he feels only repulsion, together cast the narrator and … the reader into a bedlam of emotion amidst a chaos of slaughter. (MacLaren 33)

The style of these explorers was influenced not only by the fiction and other literature of their time, but also by the Royal Society, founded in 1660, whose members were early scientists. These gentlemen-scientists drew on explorers’ accounts for their knowledge of plants, animals, lands, peoples, and resources. 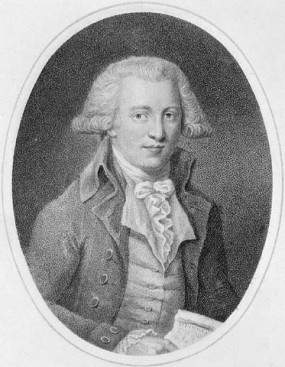 Over time, these writers developed a scientific style that favours a dispassionate, objective recounting of the facts as observed by the narrator, who effaces his own feelings and biases in favour of accuracy. George Bowering’s novel Burning Water (1980), an account of George Vancouver’s expedition to Nootka Sound in BC, foregrounds tensions between the explorer and the scientist on board, Archibald Menzies.